Plan for Australia and New Zealand

For those who don't know the plan...
On Dec. 2, 2006 I will be flying to Brisbane via San Francisco and Auckland. I plan to hang out at my cousin's for a week or so while checking out Universal Studios on the Gold Coast. It just so happens that Marilyn lives very near the beach, I can't help it!
Then I may end up in Sydney around Christmas time and until Feb. 1 if nothing pans out on the Gold coast. Sydney has a Fox Studio and a lot going on for film and modeling.
On Feb. 1 or so (my OZ visa expires Feb. 5) I will fly to Wellington New Zealand, which is the home of Peter Jackson's studio and the capital of NZ. There I will try to work in special effects or Production Assisting and get married...just seeing if anyone is reading this. I will buy a motorcycle and fly around the great roads of the country taking photos for the next three months until I return for my brother's wedding in May in Hawaii. Leaving my NZ bike in storage for my return somewhere between Aug and Oct 2007. So I will be back in Canada for the summer to ride to Alaska on my VFR, which I hope to take to NZ in Oct 2007. My quest to miss winter for the rest of my life is underway! Too bad I have to sacrifice hockey. 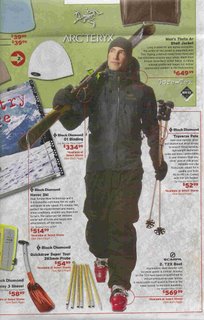 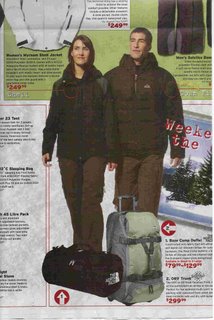 So I picked up a couple of gigs where I was paid for my look. Hey man if people are willing to pay I'll take it!!! Look for me in the Sait recuiting brochure and here you see me in last weeks "Coast Mountain Sports" flyer. Life's good even if they made me look like Hansel. 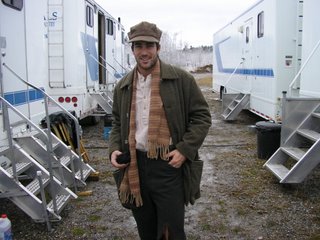 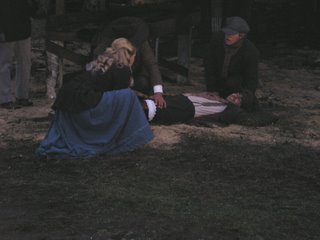 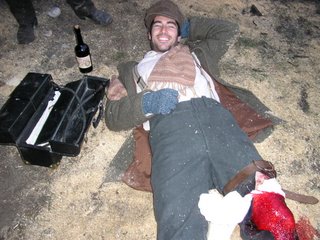 So one day in October I went to pick up a pay cheque from a german production company that I had been working for as a special Effects guy and they were in the middle of a casting. The casting agent and I had been introduced before and she thought I would be perfect for one of many different parts. I was sent in to meet the first AD and we discussed my acting experience, which is the level of a few high school plays (background roles). So needless to say I got a role with no dialogue. "Harry the Lumberjack who gets his leg cut at the saw mill". Check out the photos. Oh yeah, I even got my own trailer!!!
1 comment: 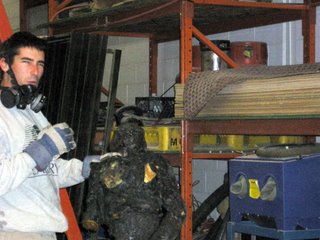 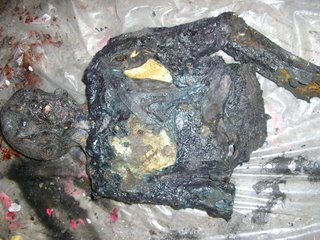 End of September I hooked up with a Special Effects company called "Bleeding Art", who proves Film and theater Effects (and some stuff for millitary training). Here I am trying to make this upper half of a body look really burnt up. I just finished working on a bunch of films doing smoke, water and wind as a trainee. Hopefully I can continue doing this in Australia and New Zealand.
No comments: