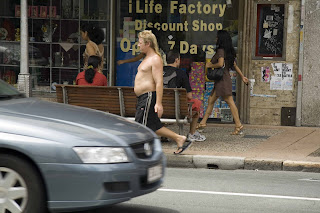 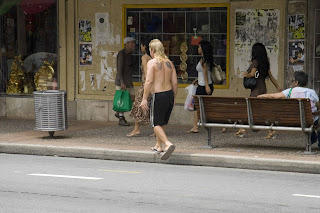 So, I am out of OZ and in to NZ. I leave Australia knowing I will definitely be back, just not sure when. Here's a leaving shot of a sexy Aussie, how could I leave this?
I spent 3 nights at my cousin Janelle's new apartment in Brisbane before leaving. It was nice to stay in the city for a little as that is where I will eventually hang my hat when I return. Thank you to Marilyn and Janelle for everything that you did while I was in Australia. And Here's to Al, Waddups, and Vanessa for making my time at the Reef better. 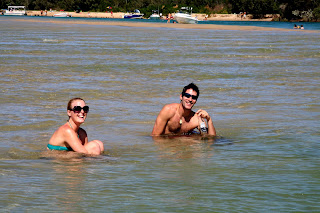 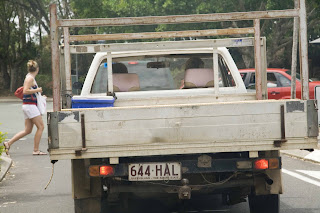 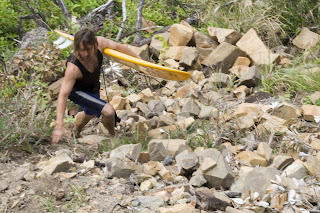 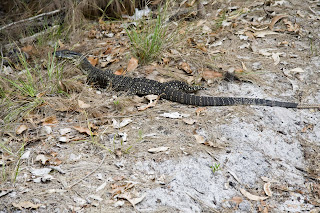 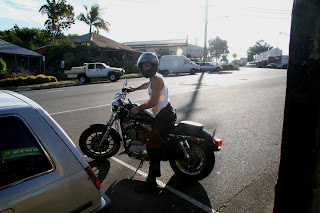 What's been happening? Well, I have been trying to surf a couple of times, continue to get a sun burn every once in a while and get to watch some Satellite that my cousin picked up in January. I have been following the NFL playoffs and some other main stream shows, like Scrubs and House. It is good to hear some North American accents on the TV.
A couple more canadians have passed through my bar over the month of Jan. One night this guy comes up to the bar and say's with a canadian accent "Are you Brad from Calgary?" I thought the security guys were taking the piss out of me, but it turned out to be Agathe ( a girl I knew from Colt Eng) and her husband and friends on vacation in Noosa, WOW! They tipped me well, which no ones does in Australia.
Here's some photos; Drinking in the river, Do those look like underwear on that guys truck seats?, Hard core surfer scaling a rocky hill after doing a set (shit photo as he didn't really want his photo taken), one meter long lizard (Goanna, maybe?), and me riding a friend's Harley Sportster(still love the Japanese bikes!!!)
No comments: