Helicopter around the Island 3 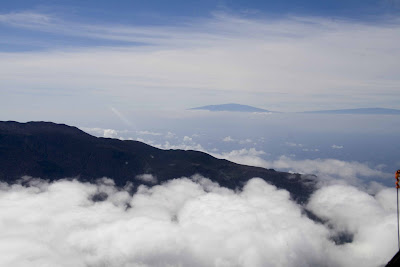 The peaks in the distance are on the "Big Island", which is 100 miles from Maui. 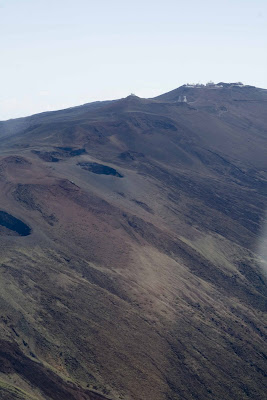 The larger of the two dormant volcanoes on Maui. 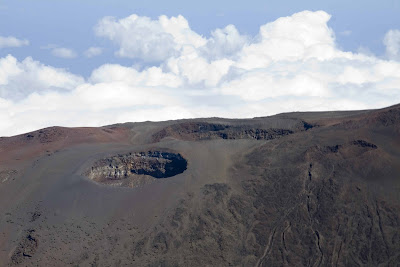 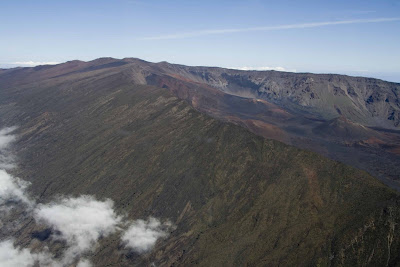 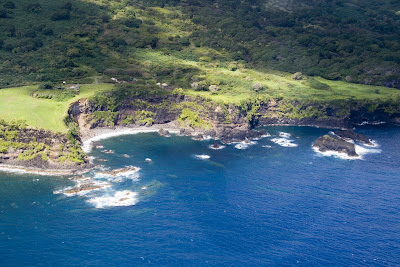 I had a helicopter trip schedule for early in the week and it just happened to be on a Monday morning which I thought would be safe from a hangover, but I was wrong. Regardless, I showed up with 4 hours sleep and a lack of balance. At the time I thought I could handle it, but they had to cancel my flight and do it on another day as the weight limit had been reached. So, I went home to bed and returned the morning of the wedding for a quick 1 hour tour of Maui. Good thing I didn't go the previous day as I would have been sick for sure. Fortunately I held it in! It was a smooth ride, I just tried to turn and shoot too many photos, which required me to take a couple of breaks.
Here's a couple bird's eye views of Maui from the front sit.