In to Auckland and the Coromandel 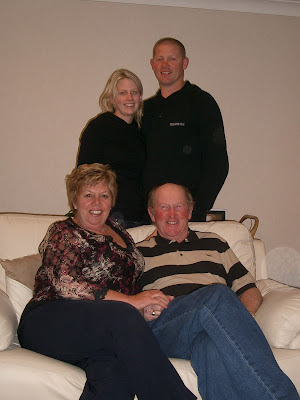 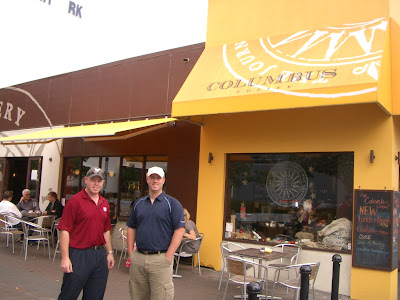 Brad and Bill in front of his cafe. 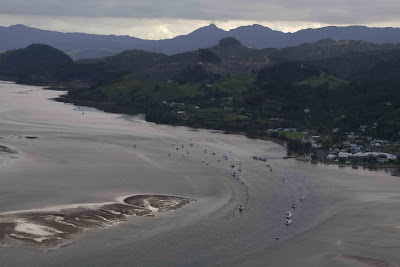 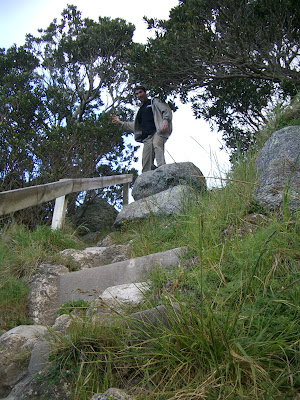 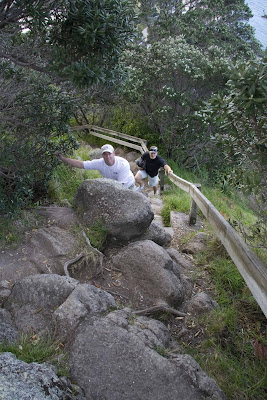 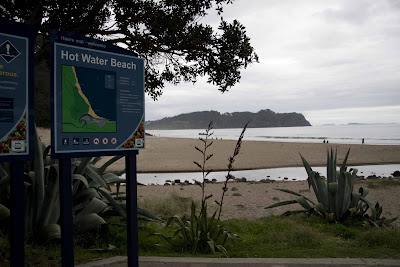 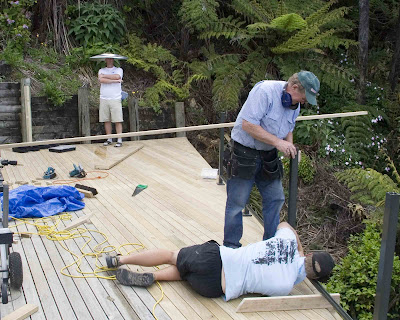 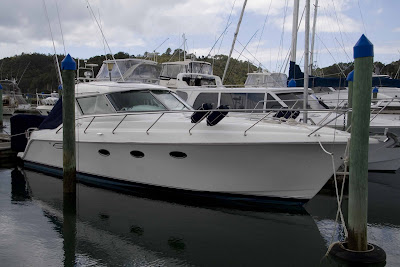 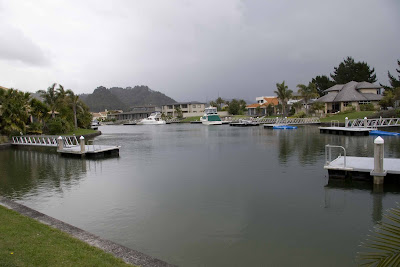 So, Billy and I flew stand by over to Auckland on Monday morning with reasonable hangovers. We were 2 of the last 4 people chosen from a group of 12 to get on the plane. It was like winning the lotto! Bill's friend Brad Anderson's mum picked us up from the airport and put me up for the week. Thanks to Mariam and Pete for that as I was just a tag a long and thought I would be hanging in a Hostel for the week. Brad took us out a couple of times during the week, which was kind of dead except for Halloween. It's not that big in NZ, but is at the backpacker bar. Too bad I forgot to dress up!!! Also had a game of golf for dirt cheap, 18 holes for $20 cdn.

On the weekend we went out to the Coromandel and stayed at Mariam's brother's place on the side of a hill in Tairua. Great views! Headed to Hot water beach with Joe (Pete's helper) where you can dig a hole in the sand to access hot springs. Very hot, Apparently you can boil mussels in the water. Fortunately we used some ocean water to keep our spa reasonable.

I have attached a couple photos of Pauanui which is across the bay from Mariam's brother's and also Joe and Billy climbing up the highest point around to lookout over the bay.

brad i love checking out your blog.. keep it up! if your interested in what its like where im living, check out my facebook! i hit up the hot springs, they are wicked! take it easy... once again, would love a a visit if you ever could!