Day 8, Diving the Canterbury, NOT!

Second day of diving on the trip. Planned 2 dives, the Canterbury which was decommissioned and then sunk in 2006 and the other dive was a reef dive. The cool thing with the Canterbury is that you can swim through it (Penetration dive). $180 for 2 dives, that's a fair chunk of cash with my own gear, but the Bay of Islands is a pretty touristy place. Any who, went out with Island Shuttle and Dive on short notice. You get what you plan, or lack of plan for. I probably won't go with them again. I had an equipment problem and they didn't have any spare gear which an average company would have. They forgot to bring another divers bottoms to his wet suit so since I couldn't dive I gave him my suit. Shit thing is after they were in the water for 2 minutes the boat beside us offered up the part I needed to have a usable breathing apparatus. Unfortunately it was too late. So I missed the Canterbury, which would have been my first penetration dive. 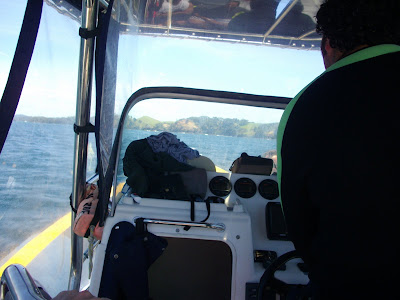 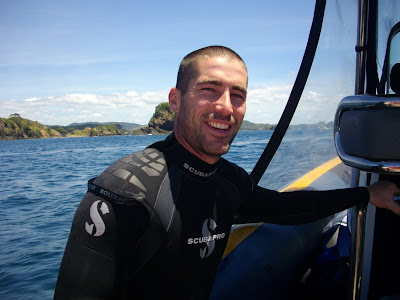 Had lunch and went on the second dive which was good. In the end I got a boat ride around the Bay of Islands (some of them) and 1 reef dive for $160 ($20 credit). NZ is very bad with trying to get repeat business with tourism which is good because it makes for a great opportunity for a Canadian, haha. 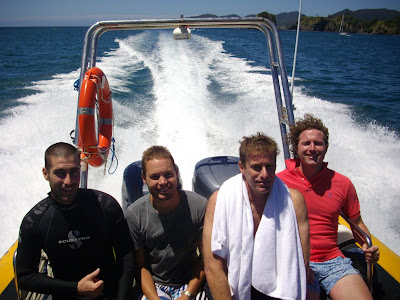 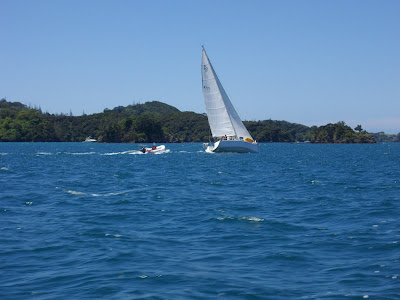 That night I met up with Frank and friends (Anja, Falk and Sandra ;p). Had a couple of beers, but unfortunately we had to shutdown early as I had another 2 dives the next day, The Rainbow warrior. 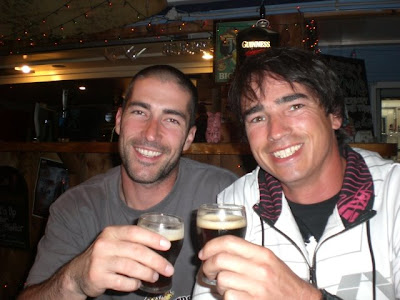 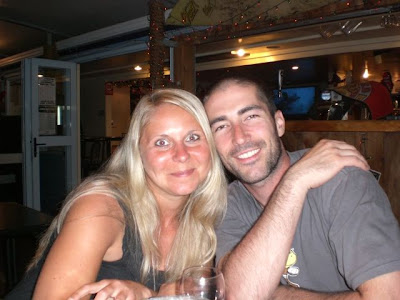 Wow she is mezerized by your charm!!!