February 6 and 7, Sevens again. Where teams from around the world play two, 7 minute halves and NZ usually wins the whole thing. I believe all the teams tour to another four cities through out the year, but no place does it like Wellington. It's a big party over two days and about 12,000 of the 17,000 people dress up. Any questions?

I went as a member of Baywatch with a huge group and I decided to progressively become Newmie (the only real life guard!) over the two days. My flatmates went as a Bee, a Devil and a Tennis star.

The Goals were posted on the flat whiteboard. 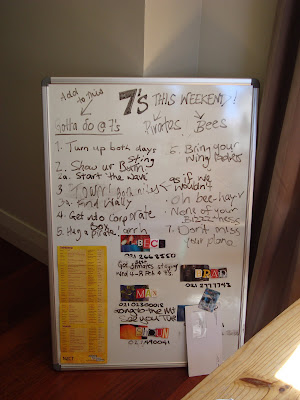 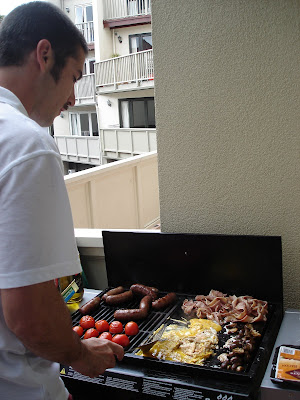 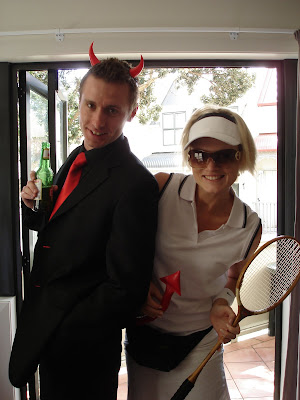 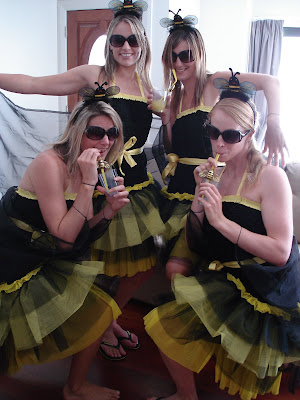 Quick stop to get some sneaky vodka and a quick photo with a Duff girl. 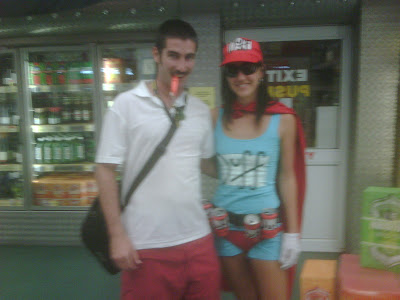 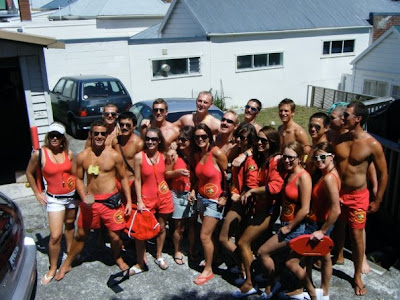 Our Whale, the Bees and Kissy smurf. 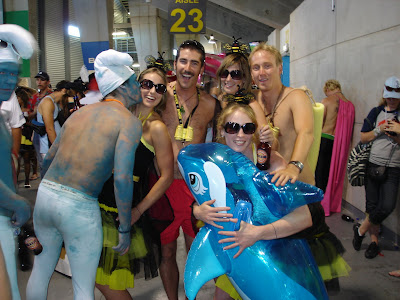 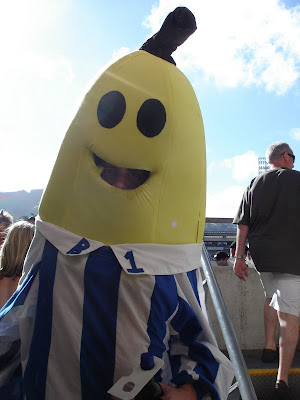 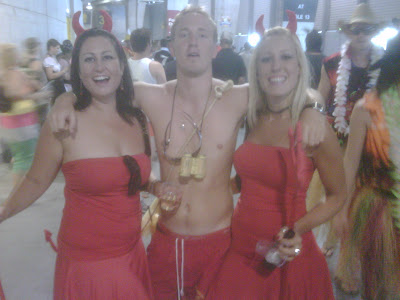 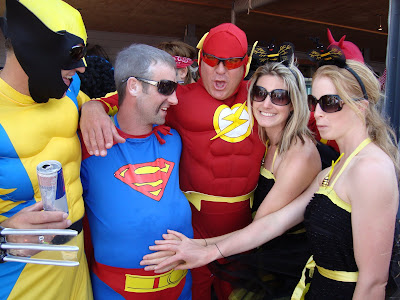 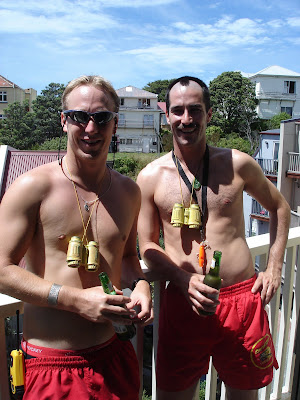 On our way, again! 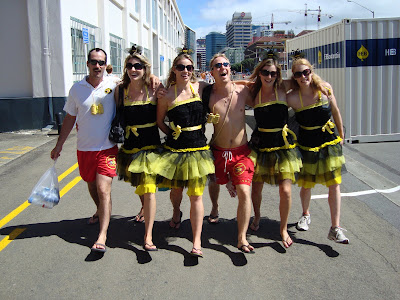 I even added the bald spot in the back. Many people were cconfused and you know I love that! 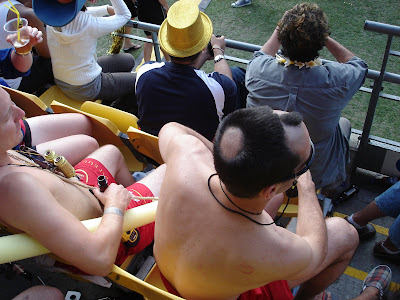 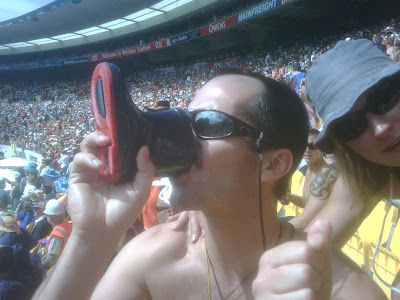 Although it was a great party, I never managed to see Canada play a game. Probably for the best as they never managed to win a game. The majority of my team of life guards didn't even make it to day 2 as they stopped into a bar on the way and stay there all day! Sevens is truly a good time and something to put on your "To do" list. By the way the average age is 41.

Cancer Flash. As you know my mate Glen has the big C and he is currently on a Chemo programme which sees him in the hospital for 5 days and then 10 days at home for recovery. the days in the hospital are the worst and I decided to pick up his spirits. I convinced Nic and her friends that a boob flashing would be the best thing to pick Glen up during his treatments. The girls were nervious, but happy to do it. Unfortunately Glen was the only one allowed to see the 5 pairs of breasts so I only have this after photo. Glen tells me that it will last a long time in his mind. Nic is thinking of starting a Flash for Cancer foundation now. Good on her. 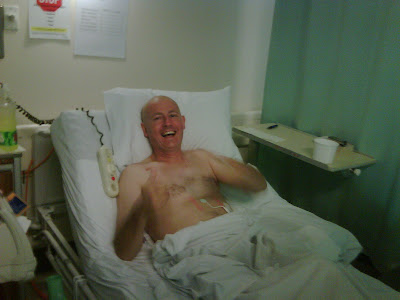 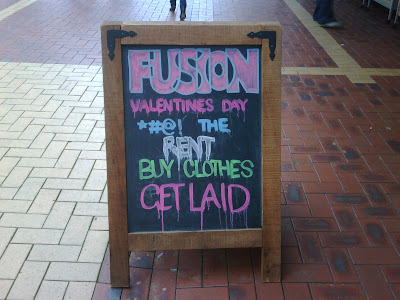 Blair and I went to My first ever Cricket match (20/20). This the shortess form and becoming the most popular form of cricket. NZ won over India on the very last ball of the night! 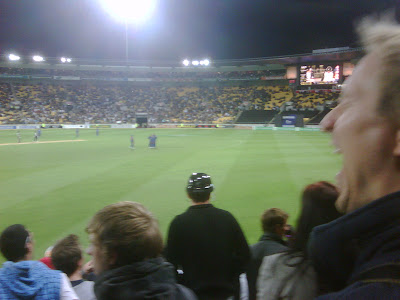 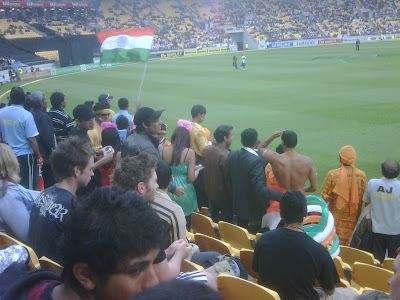