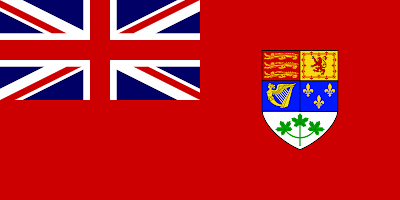 And now for April...

Decided to jump on my bike and meet Shane, Laura and Dave up at Shane's Uncle's place on a Kiwi Fruit farm 40 minutes south of Tauranga.

Much warmer than Welly and all in all a good ride. It had been a while since I went through the heart of the North Island on Highway 1 and well worth it. Multiple changes in scenery occurring every 25 km. especially all the different vegetation. Up at the Kiwi Farm we had a couple of relaxing days, good eating and some drinking.

Monday came and we said good by to the Kiwi Farm and mounted our bikes back to Welly (5 to 6 hour ride). 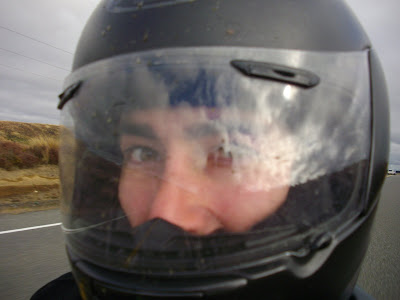 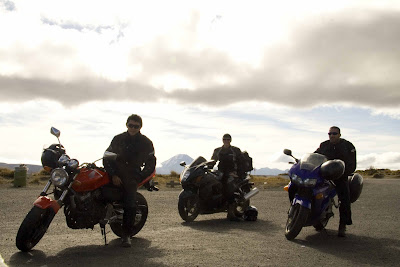 Along the way home, about 1.5 hour left to go, Dave had a bit of a shaking accident as he clipped the front end of an Integra going 100 km! Ouch. I received a texted at the gas station I was waiting at as I was well ahead when it happened. Dave mentioned he was in an Ambulance and that was it. I didn't know the situation at all until I raced back to see Dave getting out of a cop car after giving his statement. Walking and talking with only a cut up knee. Wow. See video.

Later in the month it was time to move on, so I handed in my 1 month notice. For multiple factors I decided to stop working again and travel a bit more, which I always had a plan to do. You know the old Summer and Summer plan. Regardless of how I planned things it was still a tough decision. I have developed some great relationships with co-workers and clients and this is always a tough thing to walk away from. For those who didn't know I have been the project manager on a $30 million dollar Maintenance facility for the New trains coming in 2010 to Wellington. Quite a big project for a little Canadian guy like myself. A great experience and an opportunity to work with the best client/boss I have met in my small career. David Gordon continued to amaze me each day with a balance of energy, efficiency, caring and calmness. This did not make my choice to leave easy, but on April 20, 2009 I handed in my 1 month notice to Octa Associates and ended my 1 and a half year employment. Best of luck to the people at Octa and ONTRACK as the projects continue to roll on. 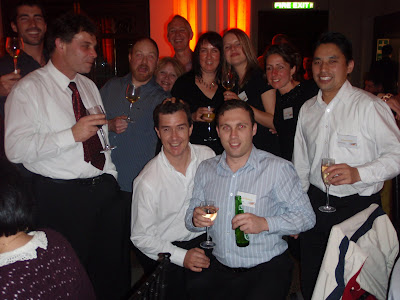 Well, March was a month of Saints, Sales, Shaves and Air Sailings.

Firstly, again I went to St David's day (Welsh day) and again I was sucked in to eating a raw leek! Good times, Gaz, Sammy, Dorit and an 80 year old Welshy who put back shots of Tequila with us (2 or 3 rounds of it). Bet your Grandparents can't do that. 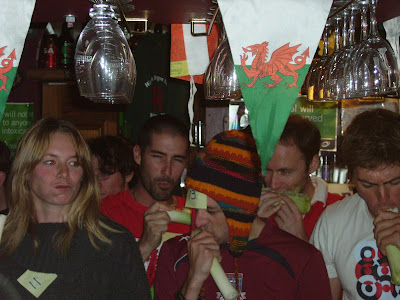 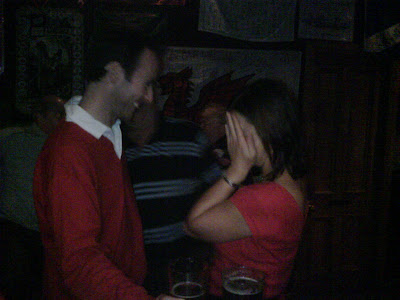 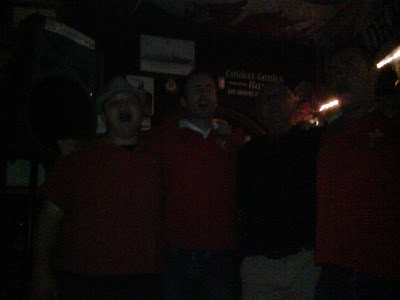 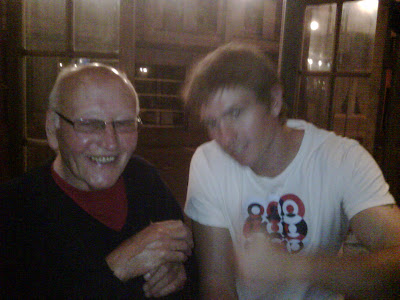 Sold my New Zealand VFR. I made a profit of $800 from when I bought it a year before. It's amazing how bikes hold their value in NZ. The guy was from the South Island and didn't even see the bike. He paid me online, I brought it to the ferry terminal and that was the last I saw of it. What a country. 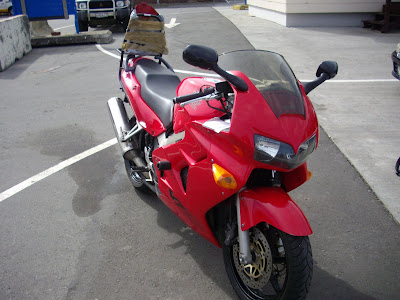 Went to my friend Lynnda's head shaving. Thanks to all that donated towards cancer. I think she lots fantastic! 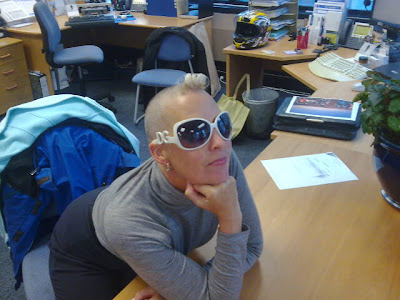 Went out for St. Paddy's, nothing to report. I think it will be my last St. Paddy's. I may be the only person not in love with the Irish these days.

Air Sailing or some may say Flying? Went on my introduction to flying lesson that I got from Nic. Thanks! If you haven't done this, you have to! It is really worth it. I was so tight with nervousness my back muscles almost crushed my spine. Once we leveled off I got into it a little more and by the time we landed I was ready to go again. I will need to fit in some time for this...Oh and a lot of the pilots also have motorcycles. Funny how life simply unfolds in front of us as with gravitate towards our path. 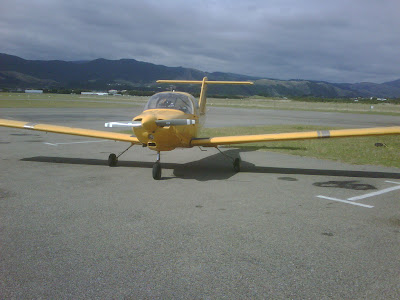 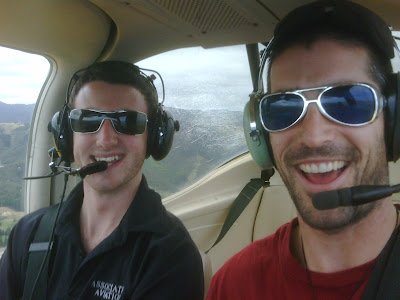