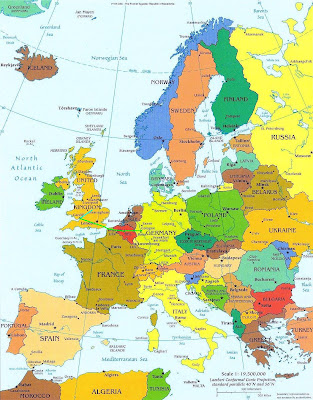 After a rest in Cardiff it was back on the road for another Epic Journey to Koln (550 miles/880km). Left Cardiff at 8:30 UK/ 9:30 Koln and made my way to the Ferry at Dover for 15:30 UK / 16:30 Koln, 1.5 hrs, Calais 18:00 through Belgium, Nederlands and then to Koln 23:00. I stayed on the Motorways for the majority as everytime I headed off I ran into traffic and got lost, especially in England. English drivers were quite good at going into the passing lane and returning to the slow lane, not as good in France, Belgium and Germany, but still moved fluidly.

Petrol station stop near Bath and paying for Air! This is still free in places in Canada, but soon everywhere we will pay and the next generation will know nothing else. I'm getting old! haha! 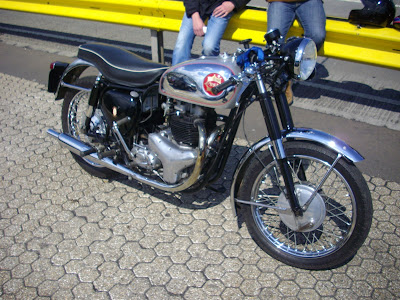 Perparing for the Ferry to France

The White Cliffs of Dover. Perhaps not the sexiest town, but nice cliffs.

Pushing to make Koln as the Earth rolls away from the Sun for one more day.

Staying at Martin's in Koln again this year with flatmates Schoner Mattzer and Grosse Mattzer. Good to see the team is still together.

I think this is one of the top 10 ugliest cars of all time. 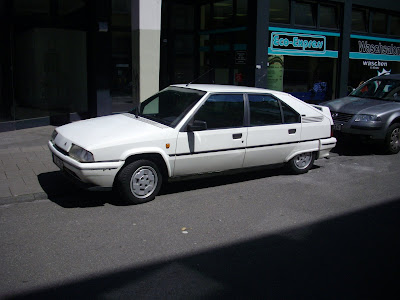 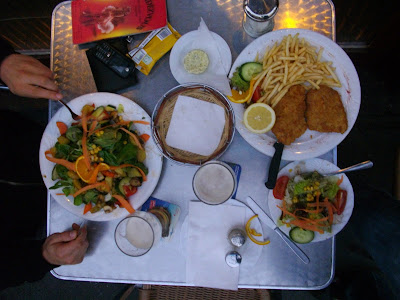 Went on the town and managed to hear something besides electronica for some of the night at Six Pack. Germans have rebelled since last year and have brought smoking back into the bars. It was a smoky and jammed night to say the least, but great for mixing it up as everyone is in the same situation.

This one is funny to me, as Martin and I are being chased by a completely trashed guy in slow motion.

Saturday we went to Dusseldorf for a BBQ with Roman, Eddie, Steffi and Stefan. It was good to see Roman after 5 years as I didn't see him last year.

Yes, it's the Touchdown King. 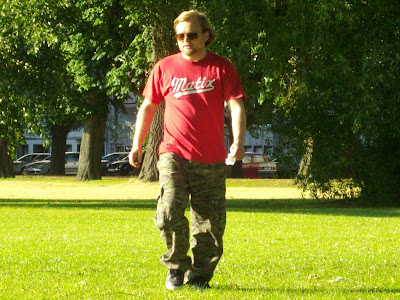 I guess in this town you can put your girlfriend on a leash? 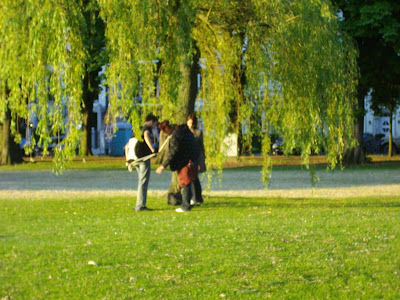 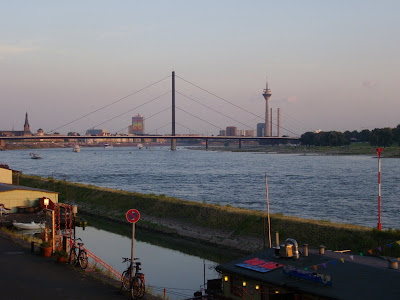 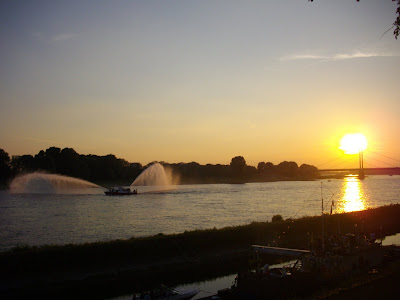 Following the Picinic we watch the Japanese firework celebration and proceeded to the old town and a rock bar and to Anaconda for another packed club experience. One difference was the ticket clipping system which removes the use of money until the end of the night (doesn't work as well in a tipping country). The ticket is punched up to a value of 30 euros and if you drink more than that you get a new ticket. If you lose the ticket you pay 30 euros and can get a new one at that point. Very easy to spend a lot as well.

Convenience, a lighter and a bottle opener. 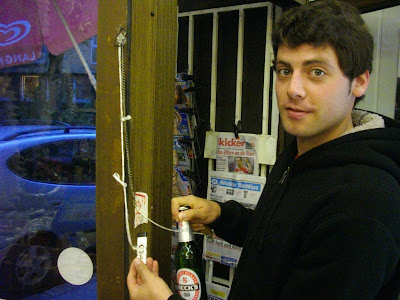 Apparently it is a sin to drink a Weiss (Wheat) beer from a bottle.