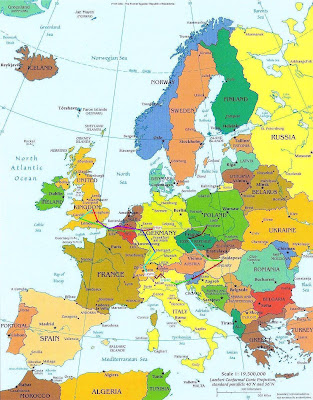 London 12pm. Made the short ride back up to Wigston (2hrs) with out getting lost!
2pm. Returned the bike to Josh and repacked my stuff.

Back safe and sound. 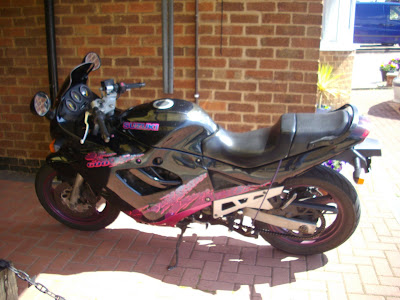 One last look as we jumped in to the car and headed to the train station. 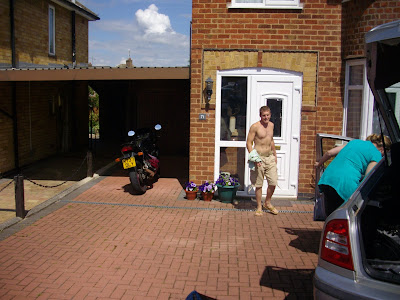 The Simons family whisked me to the station for the 3:14pm train to Birmingham which I jumped on with 30 seconds to spare (next train was in 1 hr). Arrived at the main station in Birmingham where I tried to transfer to the airport and found out the line was block due to a fatality on the track. Shit! Hustled to the bus stop with all my gear (big backpack, computer backpack, and helmet swinging off my shoulder (400 m walk). Caught the completely full 4:30pm to the airport which normally takes 20min, but took 50min due to the added patrons not able to use the train. Oh and I forgot to mention that the rain started coming down 3 minutes before the bus arrived so now I was wet as well as late.

5:10pm, off the bus to the check in for a 6:15pm flight to Frankfurt. Not only did I make the flight, but I also managed to post Mari's mobile and George's keys before jumping on the plane.

Flying back to Germany, shot of Dover from above. 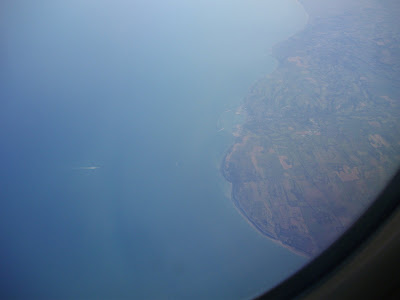 What a bonus to have a "Cheese" sandwich for the short flight. 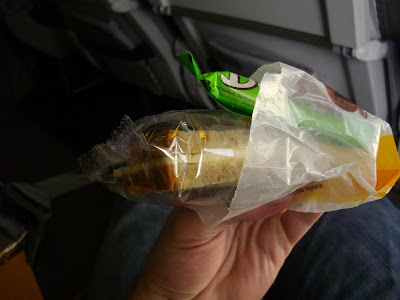 So, 11:15pm I arrived in Koln with out a phone. I almost didn't find Martin at the station as I wasn't sure where to meet him. I first went out front in to a mass of people and then jumped back to the platform, where he was waiting and I had initially missed him. Oops.

The Koln Dom at night. 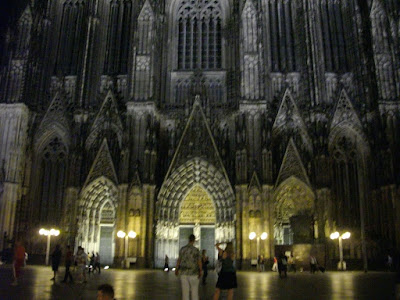 Vid of German girl opening a beer like a champ.

Some out of place Korean dude with hilarious glasses. I laugh every time I look at this photo. 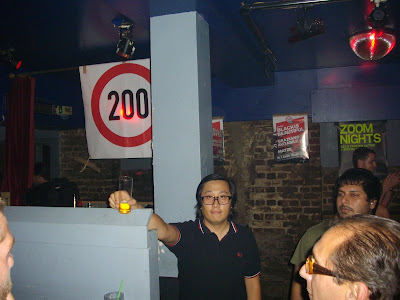 Socialized until 5:30am and walked back to the Koln train station to catch the 6am train to Frankfurt Airport. A little tired, but worth it.

Ah, Koln morning and Dom steps. What a mess. 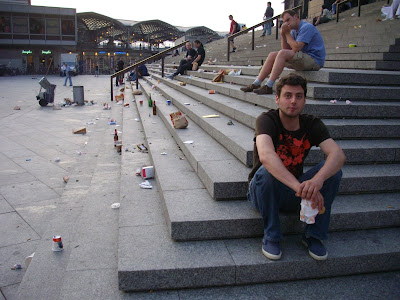 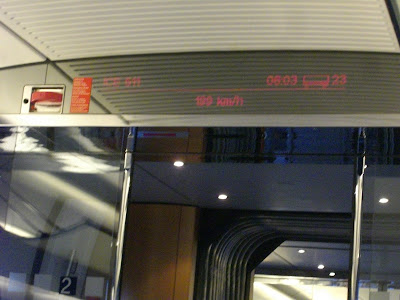 That's a lot of luggage! 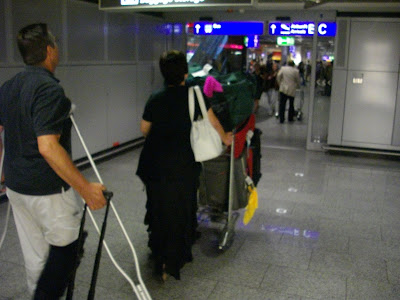 I love this shot for its natural contrast. I hope you can see it. 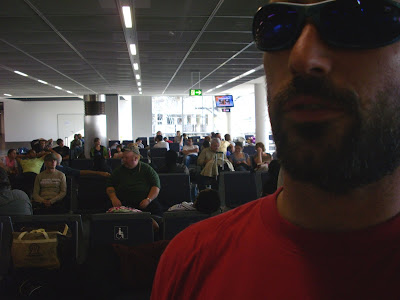 Finally boarded the plane to Calgary with heavy eyes. Well you only live once and who knows when I will get back to Europe. So sad to leave. All and all a very good trip and I don't think I could have fit more in. I would have liked to have explored more roads on the bike, but do to the weather and time available I think I did the best I could.

Baffin Islands from the plane.

Myself and single serving flight friend Raj Mehta, who taught me in Engineering at U of C. Small world yet again. 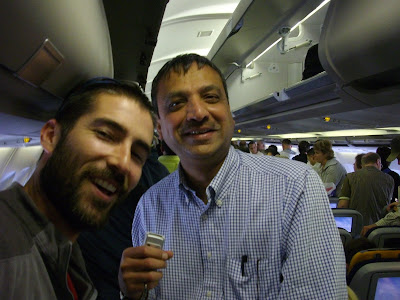 Special thanks to all that made this trip easier for me and to the people that continue to make going to and from NZ easy:
Glen & Lynnda, Gareth & Dorit, Ben D, Dave B, Nairn Flat, Tracy L, Mari, Martin M, Franky & Anja, Sandra, Magda & Maja, Milan & Renata, Sari, Andras, Nora, Rok, Marina, Roman W, George W, Josh & Bex & Libby and my Mom. And to the cops that don't give me tickets! Hope I didn't miss anyone.

See Brad in his next adventure, The Calgary Stampede!