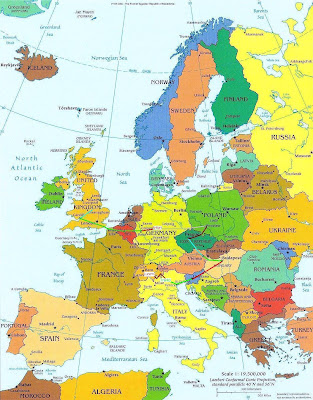 Left Trento, Italy going north in order to see St. Moritz and zig zag my way to Luzern (Lucerne in English) via multiple mountain passes and tunnels. Great weather and a full day of riding made for one of my favourite days of the trip. 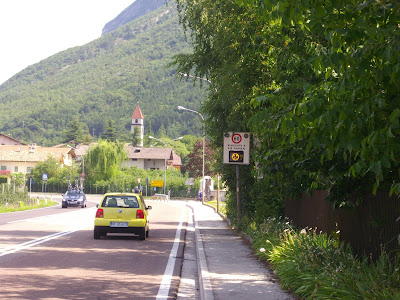 I was amazed to see all these houses on the side of hills/mountains. I was informed later that this only happens in the summer and it's more for taking care of farm animals. Wow, some of these places looked year round. How do they get up there? This photo shows an access road of 200 m with an incredible grade, left centre of pic. 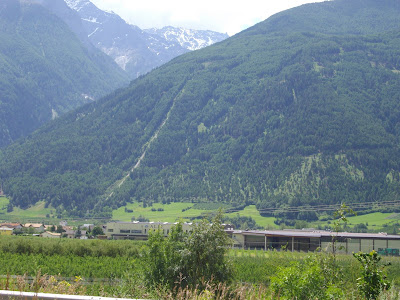 SS38 in Switzerland = C8,R8,T3,V7. Rode this section with some hard riding Austrians who guided me to St. Moritz.

Had lunch in St. Moritz at the Train restaurant by the main road side over looking the lake.

Chiavenna through Splurgen pass, CH = C8,R4,T2/3,V8/9. 25 km of hairpins up the side of a mountain that took over an hour plus some stops for video and photos. I was amazed to find people living up here and disappointed that I didn't plan to eat at the top. It was also my understanding from the signage that the pass was not open after 9 pm, which could just mean the border was closed or the fact that the tunnels are only natural light (tough with sunnies on) and shouldn't be driven in the dark. 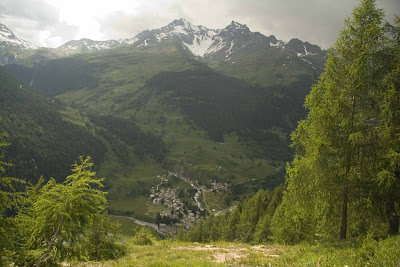 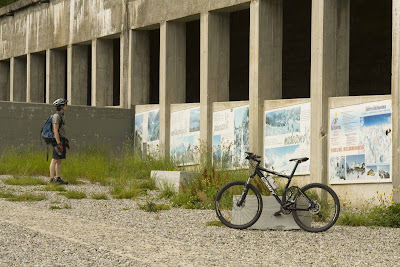 Living on top of the pass. 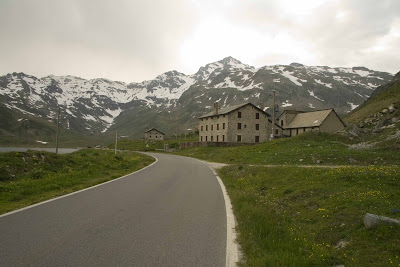 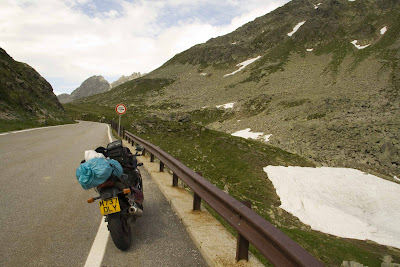 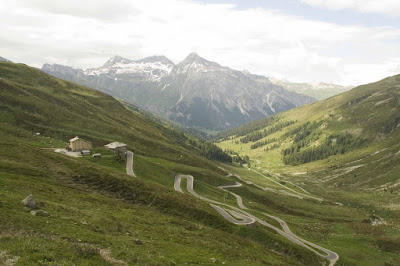 Then, Splurgen pass to Bellizona = C9,R9,T3,V8 VERTIGO!!! Unfortunately I didn't get any footage for the best road of the trip as it was like a race track and I didn't pay for it. Basically a huge section of elevated road which is quite smooth and quite disorientating as you weave your way back into the valley before Bellizona. Of course there is a road toll of 40 CH francs / year (no one day passes) for such an amazing set of roadsS I found this out from a cop who told me I could buy a vignette from him and of course I told him I would take the side roads (kind of). Spectacular roads.

Then there are the tunnels. I think at one point on a 60 km section of road I was in tunnels for at least 40 km. Apparently the majority of the tunnels were built by the Italians and then upgraded by the Swiss. Fantastic. As a kid my mother used to get us excited about going through Roger's Pass in BC, Canada. Well mom, I have to say the 6 or 7 tunnels in Roger's pass didn't prepare me for Switzerland.

On my way into Luzern I could go through San Gottardo tunnel = 17 km which I did or take the most amazing pass above with 2 m snow banks tracing the road. Sounds cold! Unfortunately the day was fleeting so I will have to do it next time.

Finally after 600km the hard way from Trento, IT to Sursee /Mausensee (20 km from Luzern) I met up with Marina and her Boyfriend at Pub Alexander. Marina had been a friend I meet in NZ in 2007 and she never thought we would see each other again. That should be a lesson to everyone I meet. You can't get rid of me, haha! Sursee town centre was quaint. Alexandar pub is not the place to get food. What ever you do, never ever order food there!!! Schnitzel in the photo = 35 CH francs = 22 euros = $40 cdn. Yikes! 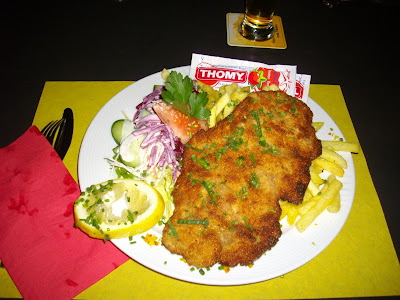 Marina's boyfriend trained it home and we took the bike to her farm. She was forced to wear my backpack as it was taking up her seat on the bike. 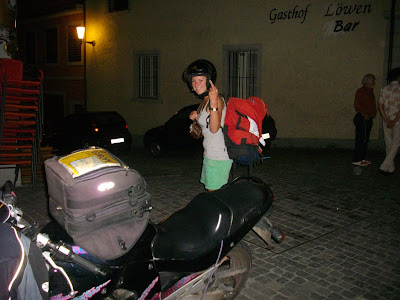 The next day we headed into Luzern on the bike for a look around and fantastic bretzels. Marina guided me on some great back roads to and from the city. 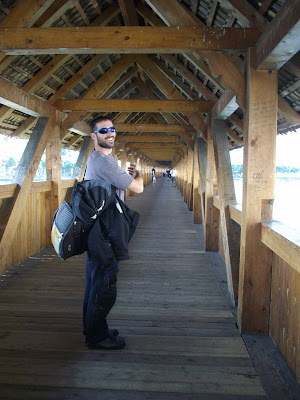 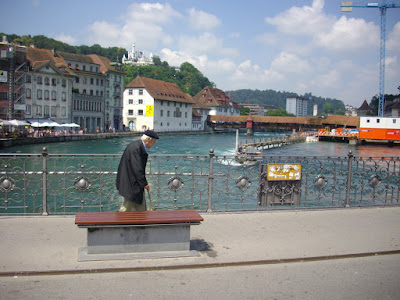 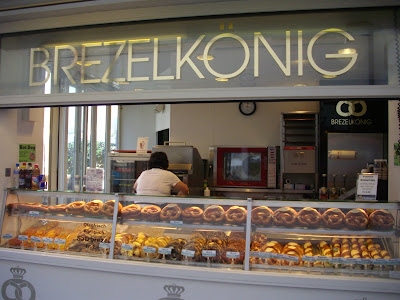 Back at the farm for a quick lunch and tour of the place. Unfortunately I could stay no longer as I was only days from needing to be in the UK to return the bike and catch a flight.