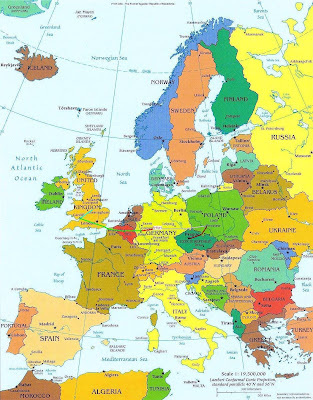 Took a nice road from Poland in to Czech. Number 5 to E65. C7, R6,T3, V5. Smaller mountains, forest type area with nice curves 20 km to the Czech border. Too bad it was raining.

Got lost. Headed towards Vienna and had to back track 30km to Praha and take another road South West to Revnice where Milan and Renata were waiting to eat dinner. Everyone should note that I am always late and usually lost so 7pm = 8:30pm. Sorry. 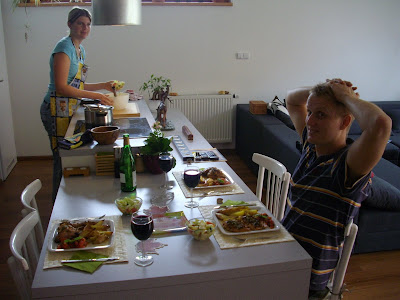 Went to United Islands festival which was free this year as it was an anniversary. 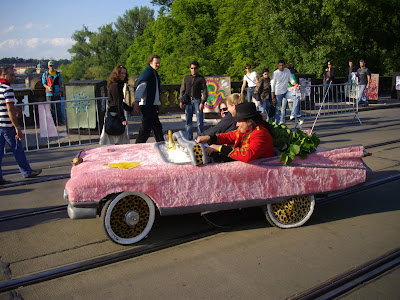 Drunk people walking in front of moving trams all day. I guess this is a form of natural selection. 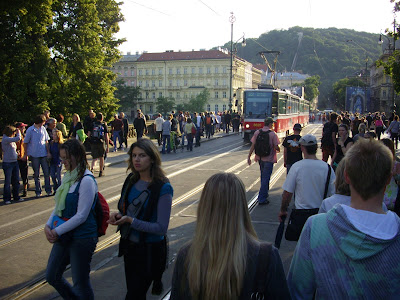 My Hero! Not only is he carry about 8 beers, but he's too fast for the camera. 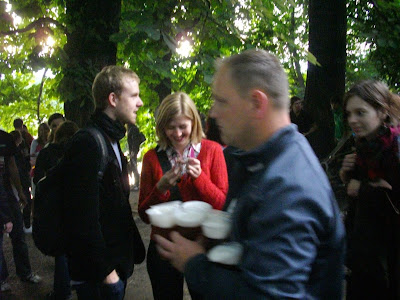 Shot from one of the islands. Charles bridge, etc.

Also, that night the clubs in the area had no cover so we spent some time at Jazz Dock (Great band) 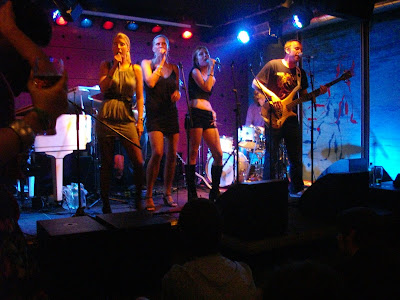 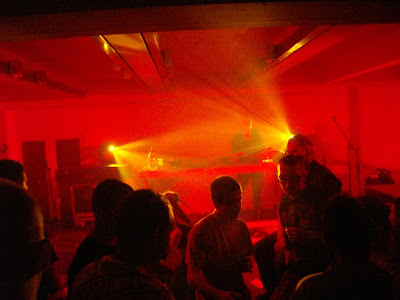 Then we finished ourselves with "the Dot" which basically means period or exclamation on the evening as told by Tomas. It's a shot consisting of 151 rum, Kahlua, sugar syrup topped with an Orange soaked in 151 which is lit on fire. I will master this shot as it was fantastic. Videos of the walk there and Milan explaining the mix of the drink.

Morning train home to Renvice, about 30 minutes south of Praha. 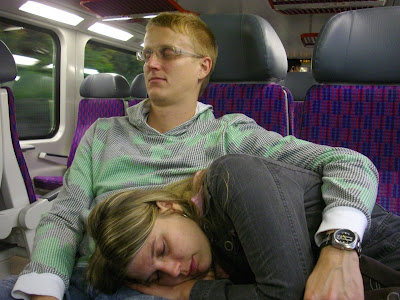 The next day we crawled out of the house around 3 pm to go for sausages in the forest. Tough 500 m walk in with a hangover, but magic when we arrived.

The sausages reminded me of Side Show Bob's Hair. 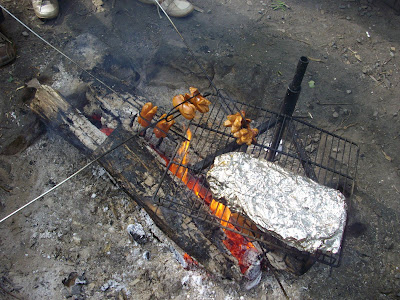 Nice lunch on Monday with a Kofola (Czech coke, sort of). 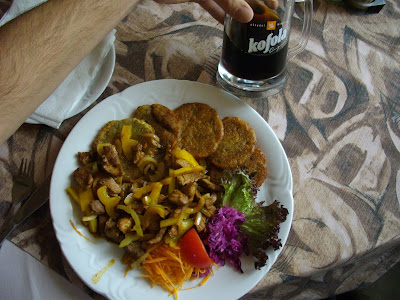 Stayed an extra night or two as it continued to rain on and off, so I waited for a sunshine pass to appear. Good thing I stayed as Milan, Radim and I went to the Cross Club for a couple of monk brewed beers, which are amazing in every country I have tried monk's beer. The Cross Club is a must see in Praha!!! Check out the video. So many moving parts everywhere. 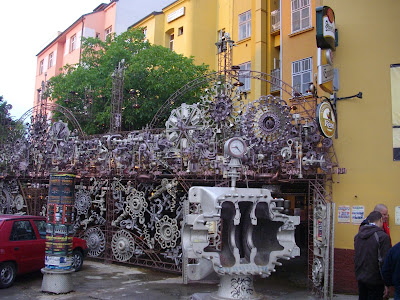 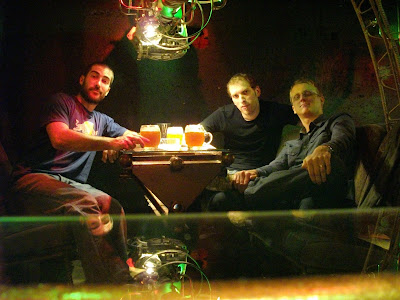 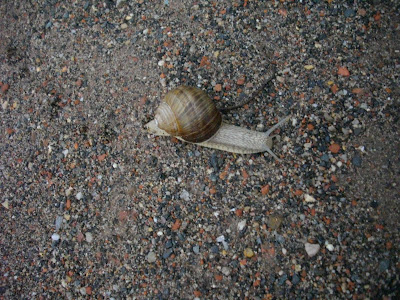 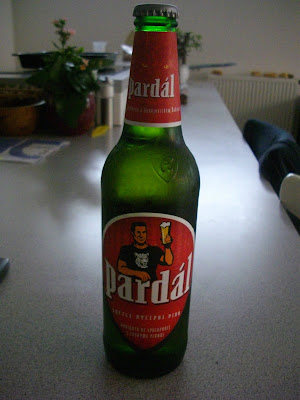 Accessible ramps or not.

Should be in every home.