Well, the big day finally arrived one week after Chris' Stag. As Best Man and MC I had my work cut out for me in front of a crowd of 80 or so. About 50% family and 50% friends from Engineering school and work mates from the Engineering / Computer world. Basically a bunch of people smarter than me who normally I would be quite nervous in front of. The ceremony and dinner was held all in the same place, "The Rouge". A very, very nice restaurant that grows their own vegetables in their backyard garden where everything was to take place. One ounce of rain could have seriously cramped the occasion, but fortunately not a drop was spilled by the clouds on this day. A nice and to the point ceremony began around 5:30 ish pm. Laughter, sighs and tears were all part of it as the two photographers and one surprise videographer recorded this moment to be set in time.

I was responsible for the rings which I had to bribed away from the 2 year old ring barrier, Zack, with a crayon that his mother provided me. Vows were exchanged and sealed with a kiss. The couple then signed the official docs and pre dinner drinks were consumed. After that I jumped in to action and got everyone to there seats for dinner and speeches. Of course I went first and set the tone for some very good words that followed by others. Chris's sister even through a pretty decent rap in to her 20 minutes on the mic. Once everyone was properly lubed up we proceed inside to the dance floor for some retro music and a good conclusion to the night. 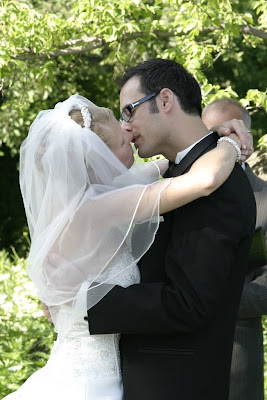 Best of Luck to Chris and Jenny Klementis!

Some behind the scenes photos and video at the beginning of the day.

Finally with all our gear on in 30 C heat. 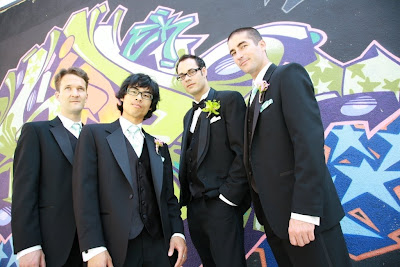 Racing to the Ceremony... 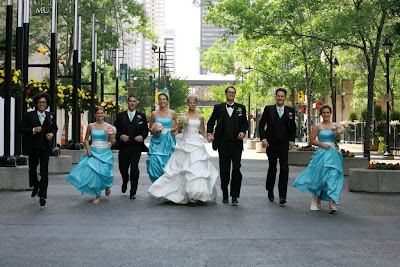