A comfortable October passed me by with the Stag of a 5 year friend, the sale of my 10 year friend and my 15th drinking Halloween (legally).

The boys got together to put the gears to Kevin on his last single night out. With a belly full of drinks and food, a scottish theme and a skirt too short too be legal the stag raged on til the end. Good luck Kevin with the whole married life thingy. You found yourself a gem. Hope the wedding went well. 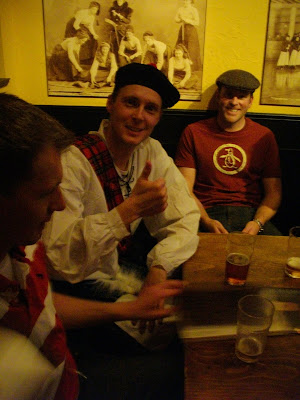 October also was the end of a friendship as the day came when I had to let go of my wonderful civic, Sato. Poor little guy had a good 5 years and then was forced to winter duty while I drove the 944 around in the summers, some SPFX duty on Heartland and then put in to a shed for the last two years during my time in NZ. No wonder he was blowing white and blue smoke from the tailpipe and a hole in the side of the exhaust by the back tire. Instead of getting $300 from the government recycling program I was able to find these genious from the hood who didn't mind the smoke screen that trailed the car ($700 and a Badminton racket). When the question of insurance inspection came up his friend said, "don't worry about an inspection, they will just ask you for it every couple of months by mail, but I just don't reply and nobody does anything". What a great system. Someone had to buy Sato and I would have felt bad selling him to anyone else. Ciao my friend. 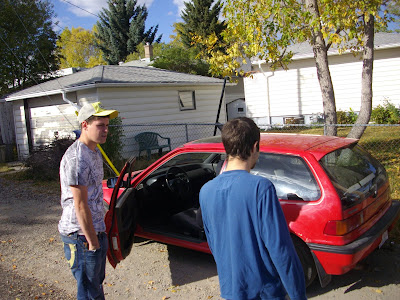 Halloween 2009. 15 years of legal Halloween celebration as an adult, yay...

Muskateer, Otto and the Pope. 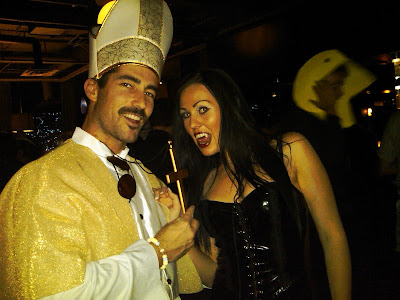 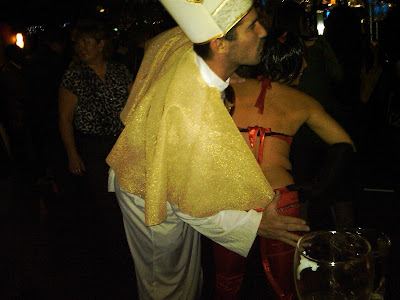 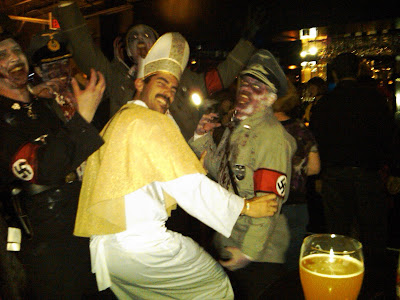 A Hard nights work, but just another solid eve for the Pope. 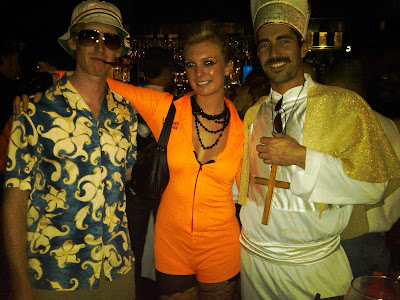 Side notes while visiting my Grandparents in Saskatchewan... 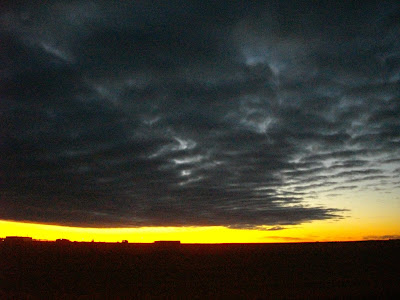 Hey Brad! Thanks for the note about the wedding. The Stag and the Wedding were great! It was an amazing day...wish you could have been there. Hope you are enjoying life in NZ again.
Kevin