Quick shout out to Tom H. Happy to hear you survived the Earth quake in Chile. No one knows what the future holds...

As always March began with St. David's day and then it was off to Auckland permanently to find a job, a place to live and build some more friendships.

St. David's Day in the Walsh bar right after Canada won the Gold medal. Yikes! Met up with Gareth and Dorit along with others to celebrate yet another St. David's day, which is the Walsh St. Patrick's Day in short. This year I dodged my way out of the Leek eating competition and it was a good thing as it would have come right back up after drinking all day with Canadians. Lots of participants this year with an unlikely winner, Tommy, who finished the leek and beer in less than 5 minutes. It's about time the bar manager stepped it up!

Gareth and the kid. He would have gotten me to eat a leek, but the competition was full. Awww. 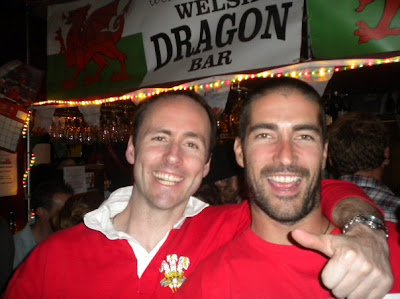 The Canadian entry this year, Scottie from Northern Manitoba. 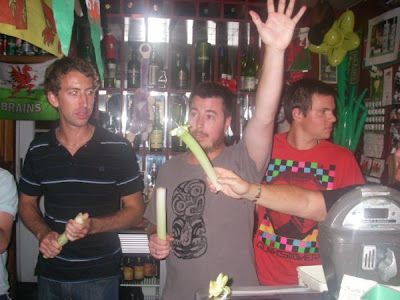 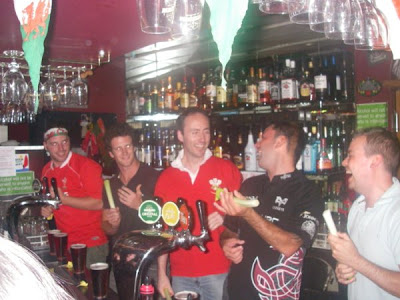 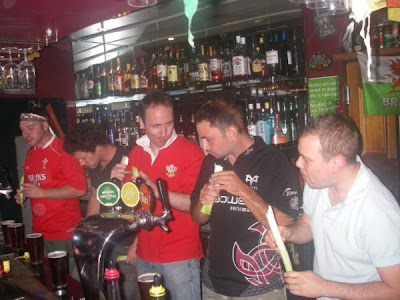 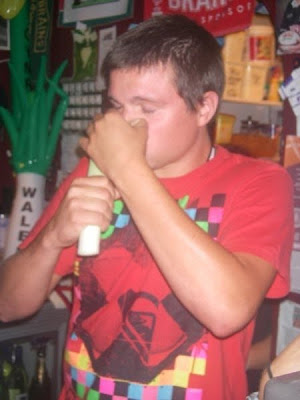 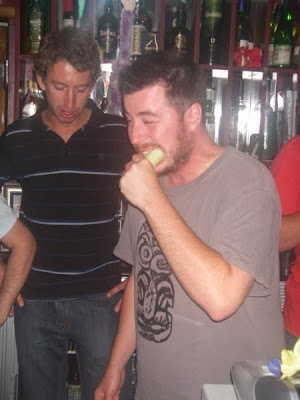 The winner who must have been training, Tommy the bar manager in the middle of the photo. I remember a few years ago when he couldn't even get one bite down before he chucked and now he is the 2010 Champion. Believe in yourself kids. 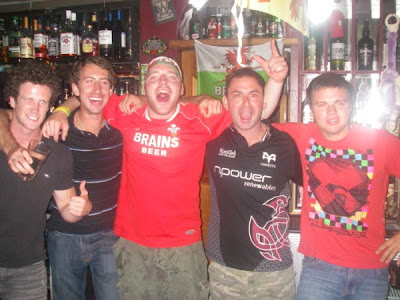 A few days after St. David's day it was time to say goodbye to Wellington as a home after 4 NZ summers. My home away from home that is, but unfortunately with the "Hobbit" on hold due to a script delay there was no film work for me. How long can I go with out a job? I think this is a new record!

So, I took some advice and decided to head to Auckland where there is more opportunity and most importantly, ICE HOCKEY!

Goodbye Welly with a full car.


An 8 hour trip and $75 in petrol got me to my mate Tracy's place. Most of March I hung there while I was looking for work and a permanent place to live. Near the end of the month I found a spot to hang my hat, but not much on the work front.

Thanks Tracy for having me at yours!

Oh well. So, I became a Shore Boy along with a couple other mates that I knew from before, namely Parks and Senior. Auckland city and the Shore don't see eye to eye, but I love the Shore. Relaxing and newer than the city. It's cool.

Photos and videos of the new place in Birkenhead where I live with Peter a laid back chef who just sold his restaurant after taking it to the top of the Shore eateries. He got a couple of boys that hang out ever second weekend and a lovely korean cutie Annie who stays over once and a while. And he likes his toys buying a zodiac a couple weeks ago. I am looking forward to getting out for some fishing and some diving. Man, my cooking is going to become amazing and fresh out of the sea too!

The house backs on to Kauri Park and is only 10 minutes from the CBD (when there is no traffic). You sure can't hear the traffic from Peter's place. 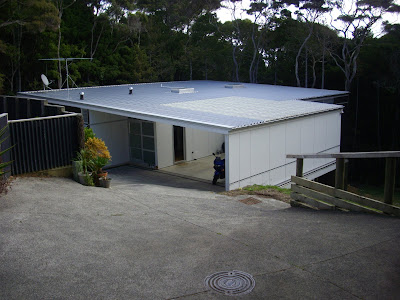 Vid of driveway and garage.

Vid of Living Room and Kitchen. 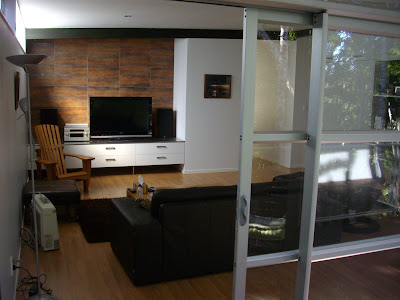 Gas cooking, dishwasher, huge side by side fridge and all the best cooking materials a chef would have. Two stage sliding doors on to deck. 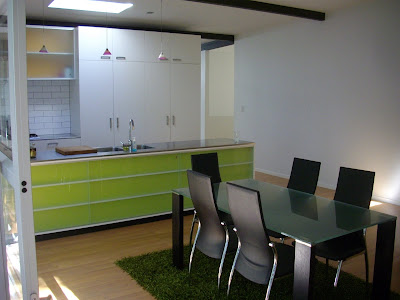 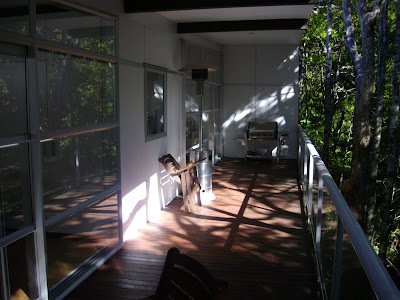 Vid of my quarters downstairs. I will put a couple more photos up next month when my bed arrives.


It's a flash pad and I pay less than in 2009 when I lived in Welly with 3 yuppie flatmates. Did I mention I have a forest for a backyard! I like this place a lot. Oh, and I finally have room for visitors.

Hey Brad, your new place looks pretty cool. And it was great seeing our 'Ruby Cuby' in your videos. We also moved into our new place, I think I'll follow suit and do a little virtual tour to put on my blog. Looking forward to reading your next post. Take care.