Hola mi amigos. In April I spent time continuing to find film work, settling in to my new place and going back to Welly to partake in the 48 hour film competition. Oh and got a tattoo.

With the seasons starting to change I felt I had one more good bike ride left in the year so when the 48 hour film competition was set for mid April I decided to join my team from last year down in Wellington. After a 8 hour journey with a bit of rain I arrived on Thursday evening the day before the competition and stayed at Phil's, our camera op and DOP. Thanks Phil and thanks for helping me in and out of your bathroom.

"The Receptionists" were at it again in 2010 with a couple new faces and the majority of the core team back we accepted our genre on Friday at 7pm, April 16.

Our Genre: Femme Fatal (one team per heat receives this Genre)
Character: Sydney Manson, Fabricator
Line: "Well when you look at it that way"
Required Shot : Dolly Zoom

Competing against about 180 teams in Welly and over 600 nation wide we forged through the week to complete a B&W Femme Fatal 5 min short by Sunday at 7pm. After the deadline team films are screened at Reading Cinemas on the big screen in heats consisting of 10 teams. Unfortunately our film wasn't screened until Sunday April 25 and I had to miss as I had work on a film in Auckland for the 26th. I did manage to see quite a few films during the week which is both fun and painful. Even though I attended quite a few heats and didn't see anything spectacular our team was still pushed out of the finals by a good group of films. Regardless, I don't enter this competition to win, but more to put something on film and gain more experience in a role that I don't normally get on the "big shows". For those that don't know 1st AD is the project manager of the set and dictates the pace of shooting and the day including safety concerns, etc.

Have a look using the link below (for full screen click the symbol just left of "Vimeo"). If you have any comments please send to my email bacougle@hotmail.com instead of posting on this blog. BTW, the last scene is missing a head knocking concrete sound effect which should answer most of your questions with out giving too much away.

Morning, Holly, Natalie and myself as they prepare for the bedroom scene. 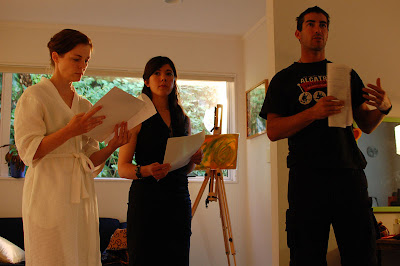 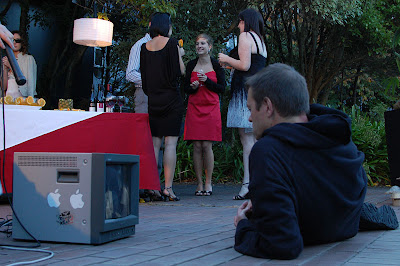 Crew and actors at the pool. Check out our crane in the foreground for that cool waiter shot. 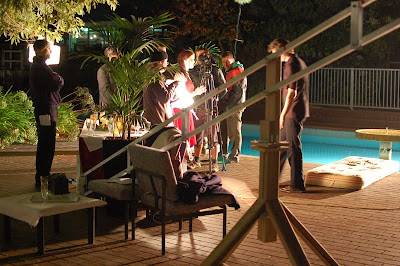 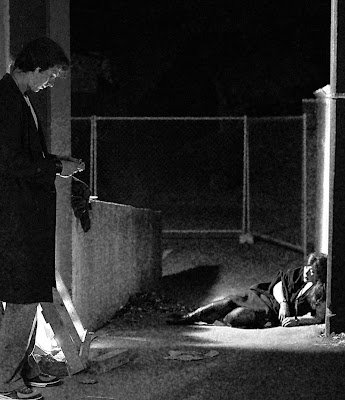 Also, while I was down in Wellington I was able to slip in and get my Tattoo I had schedule for late June. Normally, Tattoo appointments need to be set about 4 months in advance so I was lucky to get in.

Backstory for tattoo. In 2007, riding an old 250 cc Ninja I managed to crash into a rock face on Paekakariki Hill after the bike bottomed out on dipping corner. Paekakariki is famous for claiming many lives over the years and also was an area where the Maori's prepared bodies for eating 100s of years ago. Here's me in the Ambulance in 2007 (you can only see my boots). 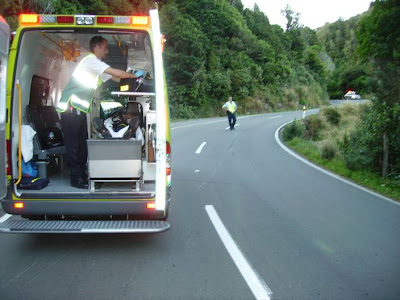 Because of this crash for the past 3 years I have been trying to get a tattoo artist to put ink to my shoulder where I had snapped my collar bone. After being rejected by some flighty chick, Roger (famous in Welly) and Manu (famous in Petone) I was happy to find Tim Hunt at Pacific Tattoo in Paekakariki Town which made perfect sense. I went to Tim in Feb and merely said, "go for your life", giving me something that represents the area while offering me protection to me and my broken shoulder for years to come.

On my way to get my Tattoo

Outside Pacific Tattoo and Paekakariki Hill.

First pass of the needle

Oh the pain, filling in on the bone is not nice

The next day I rode Paekakariki Hill on my way back to Auckland. I felt revived and happy to get to the top to see the beautiful coast line again.

A sample of the Paekak Hill curves. 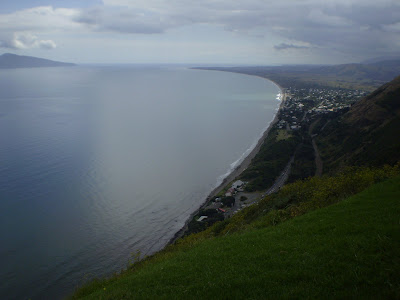 Finished Product by Tim Hunt, Pacific Tattoo. Pae means perch. Kakariki means parrot in Maori and in the work you will find a Puhoro, Mangopares and lots of binding. 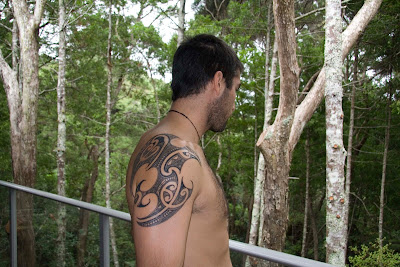 Side note: Motorcycle, Akira, surpassed 66,666 km on my way back to Auckland, which made over 41,600km with me in the saddle. Bike hit this milestone only kms from where Dave B. had his crash Easter 2009. Eerie. 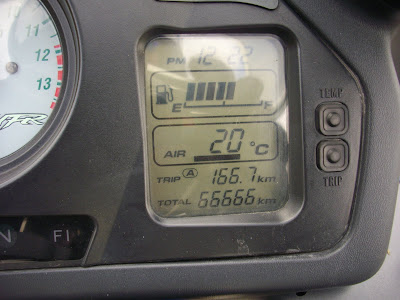 Absolutely crazy about Akira reaching 66,666kms near where Dave had his accident.

After seeing your vids of your new pad I'll be definitely hitting you up for a place to crash next time I'm up in Auks.

Start thinking of a trip at Queens Birthday weekend. Possibly a catch up in Te Puke at Uncle Alans pad?? Could be an idea. Dave, Tay and I are all up for a mission.

Just finished checking out the blog, have not been on it for quite a while. Looks like your still doing quite well. Nice Tattoo always liked that style of art. Stay safe.

That's one curvy but also very empty Paika road there in the 1 minute something vid!