In June I felt a couple of winter nights, I finished dealing with my VFR, started teaching English at a Korean school and checked out Mardi Gras in Ohakune.

Until this year in NZ I had not stayed past June 18 affording me the luxury of avoiding winter for the last 4 years. But not this year as my plan to ride Canada to South America has put me in winter in NZ in order to have the right time of year for the trip. This winter I have felt temperatures in June of around 10 to 14 C with lots of rain. Really not that bad, but probably better to sell the VFR.

So, Option 2 (from May blog) "I would be leaving the country in August and may not have the bike back together in time to sell. " turned out to be the deciding factor for me. Buying the bike back as a wreck and selling it "as is" would avoid reassembling glitches and the shit of winter driving while hopefully making a couple extra bucks. In order to hedge my bets I actually put the bike up for sale on Tradme (ebay) for $2500 before I bought it back for $1500. I figured if no one snatched it up I would cut my losses and leave it with the insurance company, but that was not the case. Within 1 hour someone met the reserve price and the bike was now sold with the possibility of going for more over the 2 week auction period. I immediately rang the insurance company and managed to buy the bike back within 24 hours before they found out I was making a profit on the wreck. I had the bike deregistered and legally agreed to $5750 which was the value minus the wreck buy back.

The next step was to get the bike back to my place before the Auction house started charging storage fees. Option 1) tow truck = $100 2) hire a trailer = $25 or 3) ride it illegally home for free.

I most of you are thinking I went for option 3) based on cost alone, but I didn't. The logistics of the time of day, getting it out of the Auction house and getting a ride to the bike killed this idea and option 2) became the best and most interesting challenge. Putting a 240kg (530 lbs) motorcycle on a hire trailer towed by my Honda Integra with a bad clutch seemed like fun, haha.

Almost every car here is set up with a towing hitch creating some very unsafe set ups on the road. Trailers are hired from your local petrol station for $25/2 hours and $30/4 hours, etc. The mission was to be completed within 2 hours, picking up a pile of car mats (80lbs/35kg) along the way and returning in time to go to my first English class. If anything slowed me up I would pay more for the trailer and be late for my first day of teaching. If it went terribly wrong I would be picking a bike off the road!

I picked up the trailer, tested the lights, got to the Auction house and released the bike all in about 30 minutes in light afternoon traffic. Moving quickly with the help of the forklift operator we placed the bike on the trailer and strapped it down. 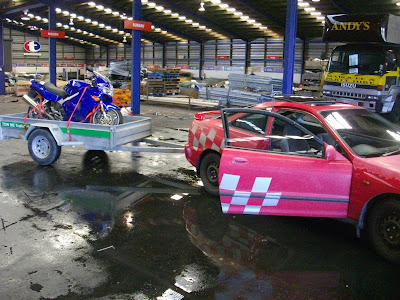 Slowly I made my way to the floor mat place which I couldn't access with the bike on the back of the car. I had to leave the whole trailer at the beginning of the driveway while I drove around the back and out of sight leaving a gift wrapped shiny, deregistered bike with a hire trailer all ready to be stolen for anyone with a hitch. An approximate loss of $6000 or more. I chucked the mats in and returned to find the bike chilling out as I left it. I decided to walk the trailer around in order to avoid trying a 3 point turn with a trailer attached.

Minutes later back on the road about 500 m from the motorway the two front straps on the bike popped off! Good thing there were four straps. Had this happened on the motorway my bike would have been a true wreck and I would have never made my English class, haha. I got out, tightened everything up and jumped on the motorway for what seemed the longest 15km of my life with no emergency shoulders to stop on if anything went wrong.

Stress on the motorway

Finally, off the motorway and at the top of my driveway (no way in hell was I taking a trailer down to my house!!!). I detached the trailer and propped it on the curb so I could roll the bike off which was made more challenging due to the slippery metal bottom of the trailer. Fortunately using a block of wood I safely released all the straps, rolled the bike off in time to get it down the hill, run back up, return the trailer and get to my English class all in 2 hours!!! Success.

The curb dismount set up was a touch unstable, but very workable. 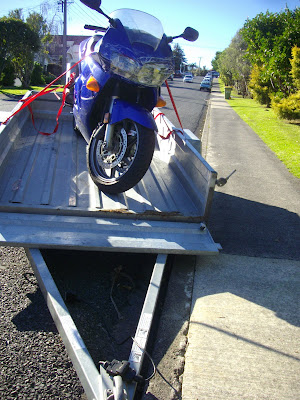 A print screen of the final sale for the wrecked and deregistered VFR. A tidy profit in all. And once again I sold a bike without the new owner even seeing it in person as they do in NZ. 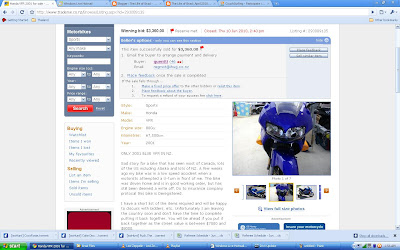 One week later Motorcycle Movers took the bike off my hands and delievered it to Quentin in Wanganui 6 hours south of Auckland. He was very happy and will let me know when it is back on the road. Brad a bit sad... 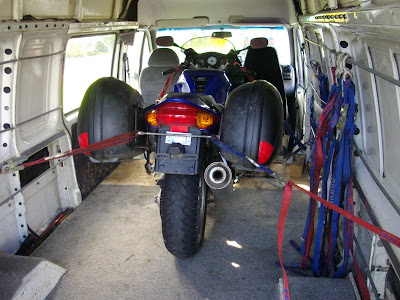 Then there was Teaching English. But I don't have a degree in English or Teaching?

Seems since I moved to Auckland I am coming across more and more people who speak English as a second language and my flatmate Pete's partner Annie is no exception. Annie is a Korean lady who has lived in NZ with her 3 kids for 3 years now and slowly picks up English when she is not talking Korean. Through her I realized that I really like to explain things and over my years of travel I have develop a strength in defining words and helping people with pronunciation. Annie thought that I should try teaching English so she put me on a Korean website. Shortly after that I was asked to teach a couple of classes at the Cambridge Academy about 15 minutes north of my house.

The interview was tragic, but Hannah the assistant director of the school was desperate. She asked me if I had ever taught English or anything and I said "No". Regardless I was given the job and decided to sit in that days class with the present substitute. Eight 9 year old students with a lot of energy, yikes. I went away and planned like a project manager for next week's classes and hoped for the best.

My first classes were a struggle as I forgot to give the kids homework and a bunch of other things. Regardless the kids seemed to like me and I liked seeing the look on their faces when they got something correct.

Although the job is only until mid July I am really getting into it and have picked up 2 more classes for a total of 4 in Phonics, Comprehension and Essay writing. To be fair the classes are not English as a Second Language(ESL) classes, but pretty much like the English classes I took as a kid. It's been a good experience and may have just diverted my future path. 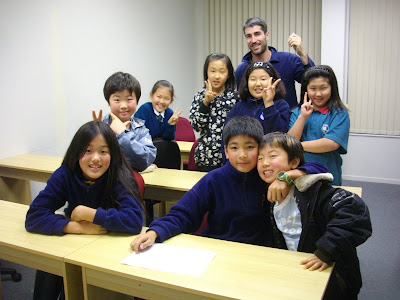 Near the end of the month I took a 4 hour drive down to Ohakune for Mardi Gras held the opening weekend of the season at the only ski hills on the North Island. I met up with some of the Wellington crowd Taylor, Tom, Niels and Alex who hosted. Unfortunately I did not have time to go for a ski, but I new I was in for a good time when I turned up to wizard staffs and a plastic sheet protected floors.

Retro outfits for everyone. Wizard staffs. 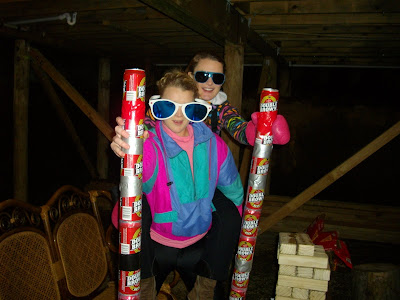 Shane and myself holding up the Canadian contingent for BeersBee. 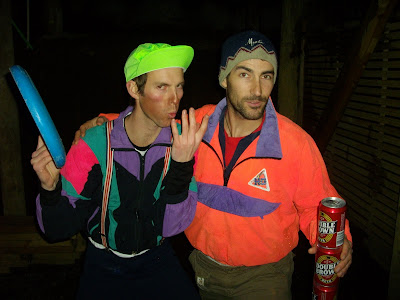 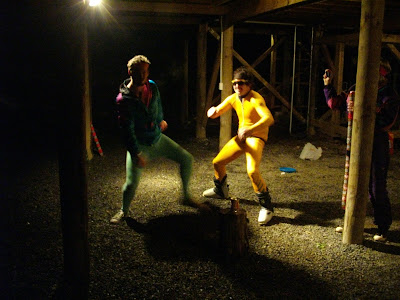 A little Haka before our game of beersbee

POV of what it's like to drink from your wizard can.


Taylor becoming a wizard which occurs when you finish enough cans of beer to equal or better your height. I made it as well but there was no more tape to finish my staff and no one sober enough to honour me ;o(