August 2010 was mostly hockey with a bit of decision making..

For those of you expecting me to return for my Canada to South America trip in September I don't think it will happen this year. Of course there is still an outside chance I will return in early Oct and bolt down to SA, but more than likely I will stay the summer in NZ, complete my residency and then, hopefully, set out for South America. The trip has been postponed also due to some work opportunities here, namely creating a TV show and importing Caravans. Nothing much to say on that at the moment so stay tuned.

Hockey. As most of you know I moved up to Auckland in March with a strong urge to play hockey and lots of it. I was expecting to step in and start playing goalie for a team with the odd game as a player. However, that was not the case as Auckland has a lot more hockey structure then I expected. Everyone has a goalie and doesn't really need players either. From April to the end of August I played less than 10 games in net and found my self begging to play as a defense man for who ever would take me. In the end I joined a Div 2 team, the Eagles, as a player and became one of the stars of the team being a backwards skater and all. Division 2 has a mix of kiwis and social canadians who can play at a pond hockey level. It is fun, but our team is usually dominated so it's a bit frustrating at times. Also, finally in August I was called up to play with a Div 1 team, the Trappers, and enjoyed a couple games playing some of the semi-pro NZIHL players who also play in Div 1. Much faster than Div 2!

Shots from a game with the Trappers vs Pirates.

In NZ they never use the doors on the bench, at least definitely not in Auckland. I think it's because the doors don't work and/or they could be copying the NHL. Thanks for the photos Marlene. 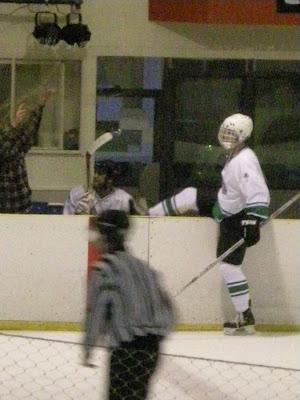 What skill, holding it in on the line 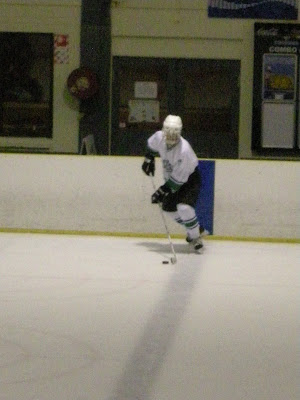 Trust me I am marking a guy, it just doesn't look that way. Good sports always shaking hands at the end of the game. Even the refs! 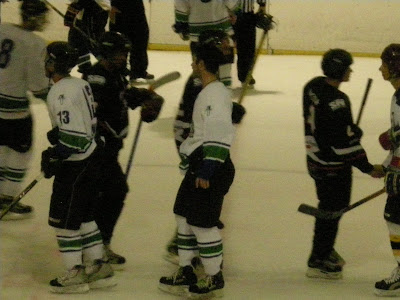 A game between the pipes. I actually played a double header, first for a div 1 team and then for a division 3 team. I lost the div 1 game 5 - 1 and won the div 3 game 2 -1. The opponents in the div 3 game complained that my skill was too high for their game as I made a lot of saves and they really should have won. It was a nice backhanded compliment. Apparently I found out you can only play in 2 levels. 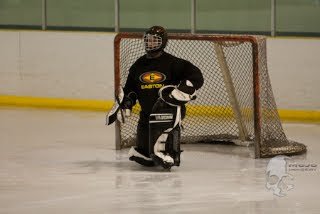 The dark side. In need of cash to pay my hockey fees and not wanting to stand on a street corner I inquired about being a paid referee. Something I would never have thought about in Canada because of the regulations and know-it-all players. In NZ this is different and easier. I felt I could just wing it based on all my hockey experience and I think I'm doing ok. Of course I am learning to and couldn't believe how much you have to shift your mind. So far not too many bad situations, but don't ask me to ref rugby! 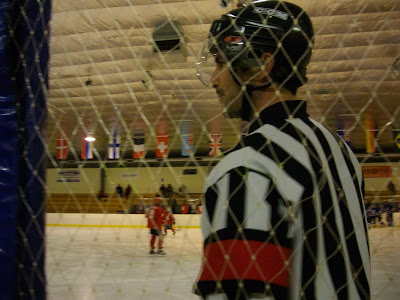 The young ones are fun to watch and ref. 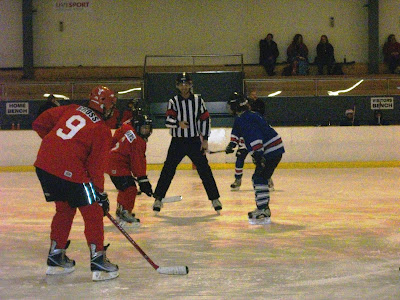 Coming up in the next episode, something I'm been looking at on Trademe... 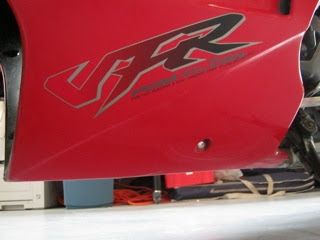 Snow Planet is an indoor ski field on the northern end of the North Shore. $55 gets you a pass for the entire day and night. This would be great for first timers and runs all year round. 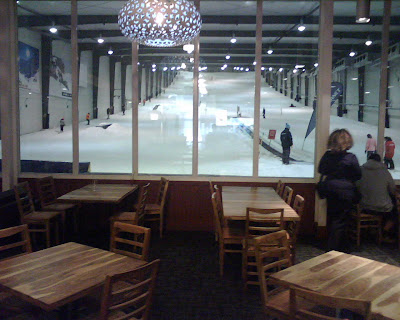