Fun filled October saw me return to Wellington for some Porsche racing, picking up of another motorcycle and helping my mate Philipp make a short film. After Welly I returned to Auckland to begin jamming with two friends and enjoy a foreign halloween.

Got to Welly at the beginning of the month where I was hosted once again by Dave and Sarah. Great new place right on the water! It felt like being at a vacation resort with a view like this. 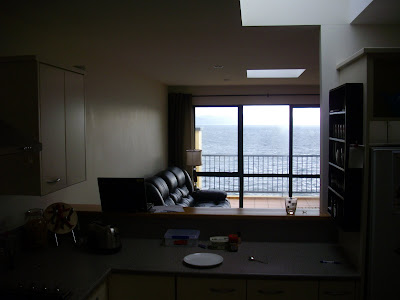 I planned to stay for a couple of days in order to see some people, go up to the Races near Palmerston North and pick up my next VFR. My 3 day trip turned into 2 weeks because my mate Philipp asked me to be his 1st AD for the short film "Oh Boy". Good film experience and fun creating with Phil was worth the extra time in Welly. Not to mention the couple of nights out bowling with Dave and a couple good meals back at the house. Oh, I do miss Wellington!

First up on my tirp was a Day at the track watching Geoff's dad run his Porsche GT2 in a couple of races at Manfield. Caught a lift up with Geoff and his mates to pick up the VFR and see some racing. Picked the bike up from a dodgy lady selling on behalf of her boyfriend in Aussie. Found it in good enough shape to take it and proceeded back to the races. Had a nice opportunity to get right in to the garages and along the starting wall. Of course in NZ where there are few rules, events like this can be very up close and hands on. Unfortunately I was not able to ride shotgun with Ian. Damn. 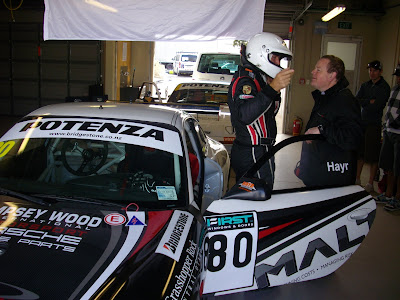 Great to get right in there and see these machines. I had to take the steering wheel off to squeeze myself into the narrow bucket seat. Next time I'm going for a spin. 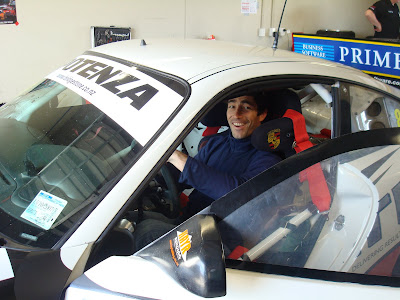 Back in Welly with the bike I started working on "Oh Boy" a short film by Philipp Bodo Christian Kehm (soon to be a huge director) which is part of 41 South's 9 film collaboration. It was a pleasure to work with a young crew with lots of talent. I believe the shoot went well and look forward to seeing the final product. It was great to receive such praise for my work as 1st AD which can be very stressful if things go wrong. Fortunately everything went right, even the weather!

Great shot of main actor Ralph Johnson. He was awesome and a delight to work with. 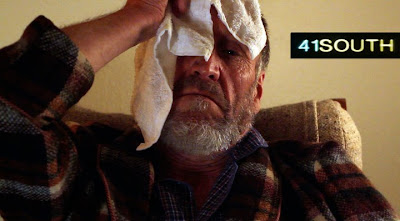 Shot from the crane. 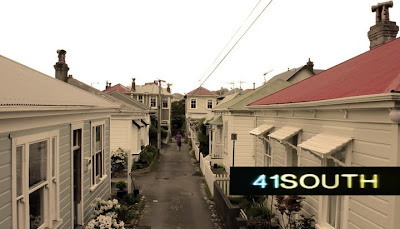 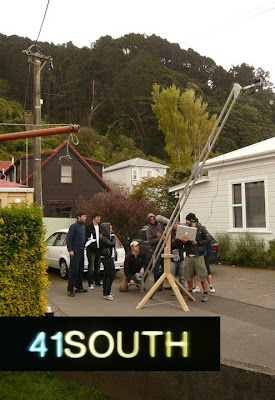 Some of us in front of Dave's house waiting for something? Aaron, Rene, Marian, Ralph, Philipp, Kerry, Graham, me 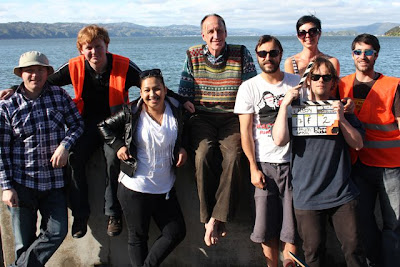 After the filming was complete and a day or two to relax I set off back to Auckland on the new VFR. Thanks as usual to Dave and Sarah for having me.

The bike performed really well and I was blessed with a mint day as you can see. Shot of the bike in front of Mt. Ruapehu (North island ski field still open this late in the season!) 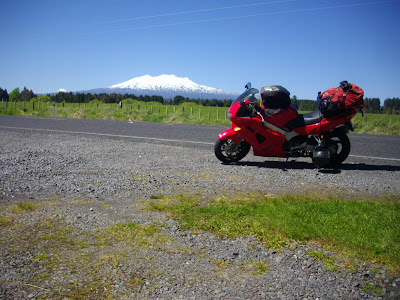 Shot of the newly formed band as we play to the ocean and surrounding beauty a top Piha on the West coast 30 min out of Auckland. Vikram, Mike and me. 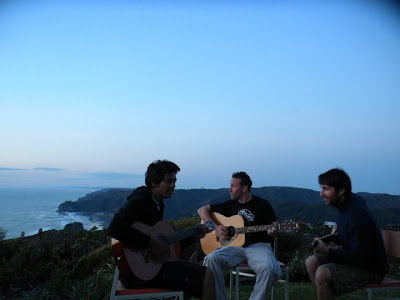 Halloween 2010. I was trying to be Bork from the Muppets, but looked more like Mario or Luigi! I needed more eyebrow if that's possible! A good Halloween party held by Erika. Mostly foreigners as the Kiwis don't quite get this experience yet. 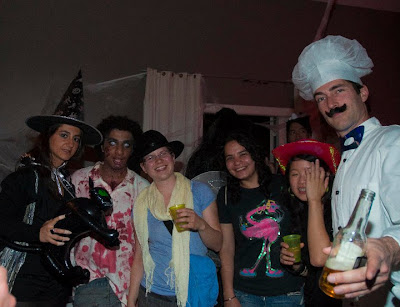 After some costume mods and finding my long lost mustache mates Lenka and Marco. 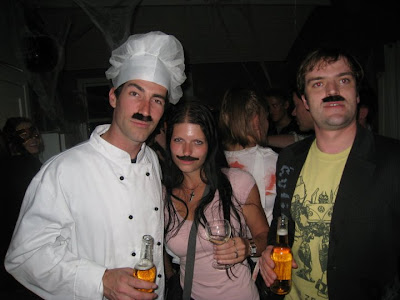 What's next? Another VFR? A trip home? Stay tuned.

September 2010 and I'm still in NZ. As most of you know my plan was to be on a motorbike riding from Canada to South America which meant I would be back in Canada preparing in September. Plans have changed. At the moment I am in the middle of creating a TV show which has a good chance of happening, but I can not confirm this yet. Regardless, whether it does or not I am learning lots about the TV industry and have decided to play this thing out. That means this month I have bought a new bike, got to go to the Qantas Awards show and have been involved with some fancy pictures.

Another VFR! With my plans unknown I was poking around on Trademe and came across a little red VFR for a good price in Palmerston North (small town with few buyers around). I decided to snap it up on the online auction and pick it up on a trip down to Welllington which will happen in early October. Stay tuned. 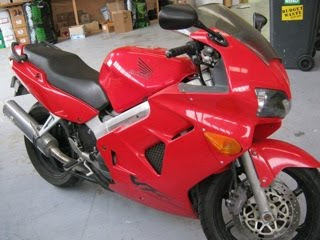 In the middle of the month I was invited to the Qantas TV awards by a friend from TVNZ. I was very happy to go and didn't mind flipping the bill for a one night suit hire since it is the NZ version of the Oscars with a red carpet entry and all that. A great chance to bump elbows with local celebrities and get my hand on the pulse of this industry, especially in Auckland which is more TV based than Wellington. It was a good night and I think I filled my role as arm candy for the eve with out a trip or fall. 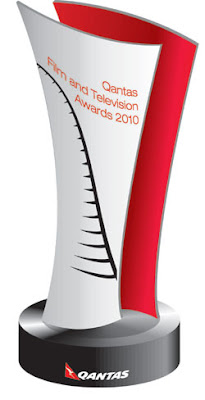 Mate of mine Thomas Robbins accepting the first award of the night for the Web Drama "Reservoir Hill" that I worked on in 2009 (had to sneak the photo from my phone so I didn't look like a tourist). 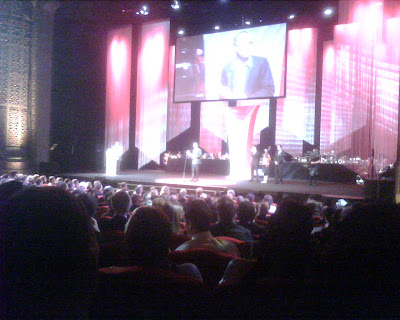 Running into a friend of mine, Rachelle, at the bar outside the theatre. 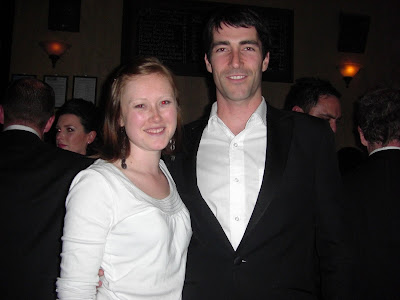 Some shots of me in the evening suit earlier in the day that were taken by an aspiring photographer Ahmed. 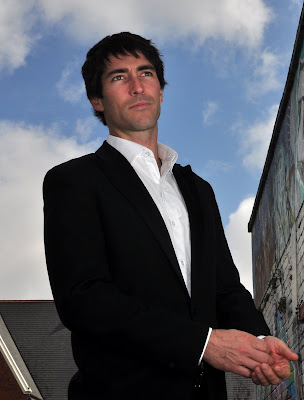 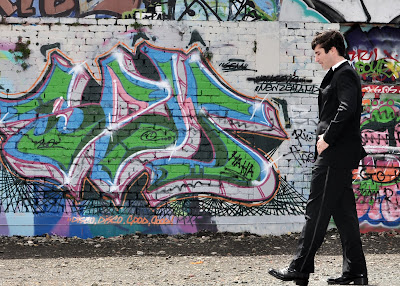 Later in the month another photo shoot with another aspiring photographer Nic Fletcher. This one was very stylised with a Gattaca influence. 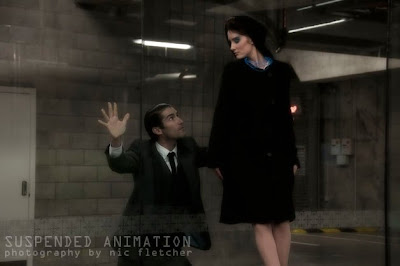 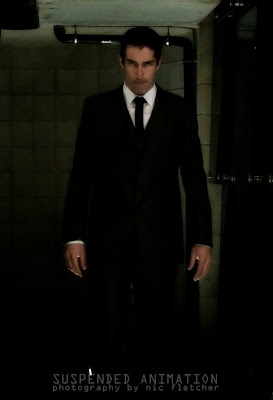 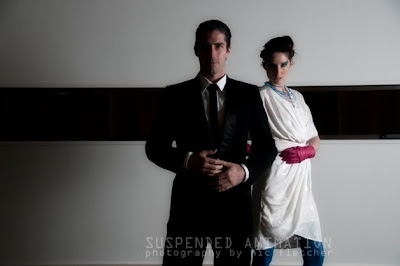 Flatmates Cuzzy and Pete having a cuppa on a sunny day. 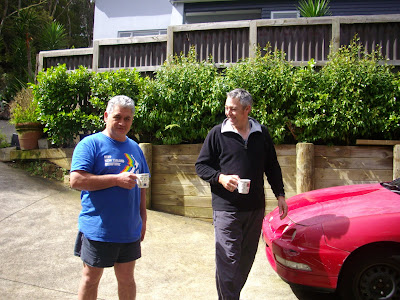