November 2010. This month I pretended to be a Dad, bought another VFR and made my way back to Canada for a short visit.

First, pretending to be a dad. I picked up some work in front of the camera as a "Cool Dad" for Rebel Sport's November catalog. Ok, I added the cool, but I think the shots say it all. Looking at the photo with me and the kid I think we did pretty well. It was definitely the hardest part of the day as the kid kept kicking me in the ankles for real as I held him back from the ball. A sacrifice for the trade. In the end we shot for different scenarios, two of which I have posted below. 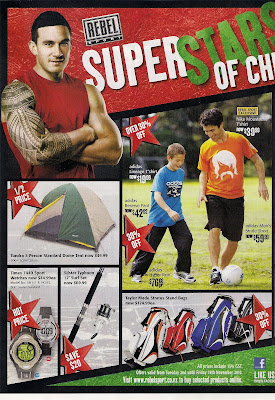 A lovely jog on the beach... 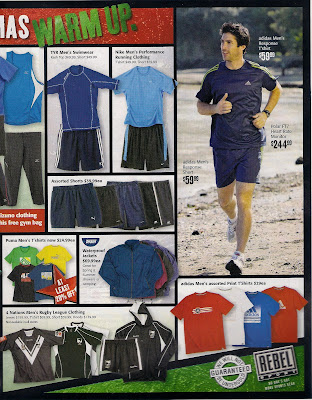 Next up in the month was a return trip to Welly yet again to pick up another bike. WHAT? Yep, another bike. I wasn't planning to buy another one, but the deal was way too sweet to pass up. A very tidy 2007 VFR with a rack for a very good price! Although it took the guy a while to count the cash eventually I made the purchase from Wainuiomata. Seems like I'm in Welly every other week and feels like I'm always buying a motorcycle too. That's not such a bad feeling. As always a nice stay down in Welly with Dave and Sarah and a good ride back up to Auckland.

I managed to sell the 1998 to a guy in Auckland in the middle of the month a week after I returned and right before I got on a plane to Canada.

At Raukawa Falls along Hwy 4 from Wanganui to National Park. Taking a pie break. 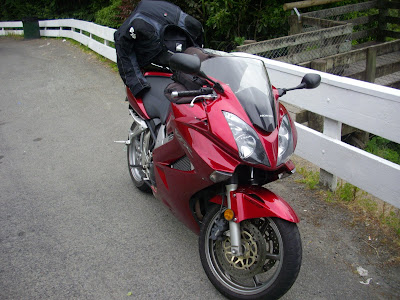 Back to Canada for a visit. I got a screaming deal on a flight from Auck to Van so I jumped on a plane and went back to see everyone in the freezing Northern hemi (actually it was only Calgary that was freezing at the time). It was nice to be home and surprisingly nice to experience
-25C with a half meter of snow again since I had not felt winter in 4 years.

Not long in to the trip I came across the "new" anal American security procedures at the airport as a result of the ink cartridge attempts 2 weeks before. In the photo below the sign on the right says "US flights". So what does the sign mean? Well if you are travelling to the US you now need to go through door number 2. What do you win? Well, after putting your belt and shoes back on and everything back in to your pockets, including your deadly pen that could puncture a windpipe, you are asked to enter the US corridor 100 m down the track where you get to enjoy a body scan that shows everyone all your bits and pieces which I'm sure is medically safe. Oh, poor travellers going to America. Fortunately I have yet to experience this and hope I never will, yeah right.

The sad reality is, just like all the other Airline security policy the US started, it won't be long until the world falls inline, the sign is removed and we all get to enjoy a body scan. Until then I plan to avoid flying to the US! Thanks America. Hope I can get through the US on the motorbike before these things are in place at the borders. 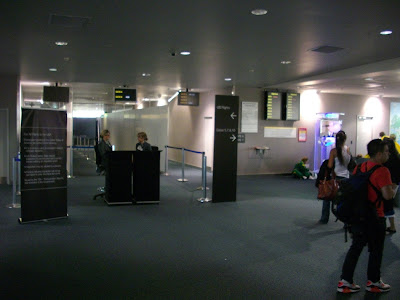 After the little sad moment at the airport I was back to enjoying my experience. Look at that...ahhh... 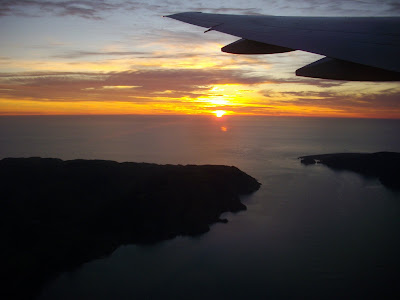 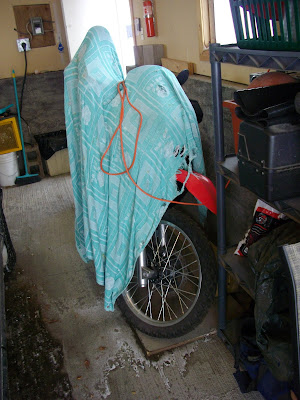 Shot of our snow filled back alley in Calgary. 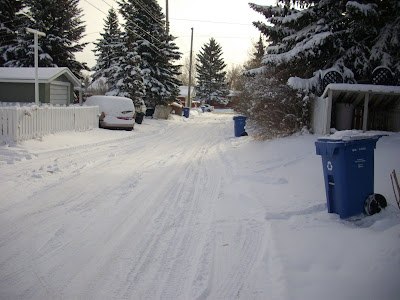 My mom and I chilling on the way to go shopping. 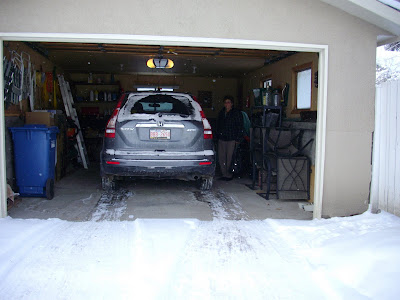 Bought some goalie gear. Sorry, I just had to add this photo especially for those who don't know about ice hockey (I would also have a shirt on in a real game) 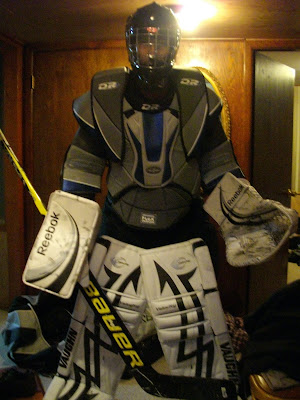 Proof! This is at lunch and it was actually -30C over night. 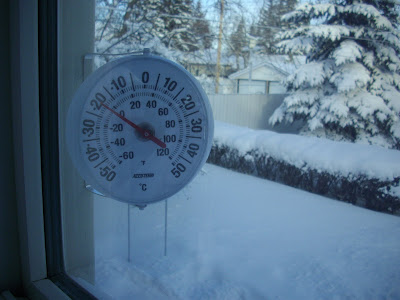 I can see my breath.

Bill Reid's famous Spirit of Haida Gwaii sculpture in Vancouver Airport. It's very impressive (that shot is for you you Donna) 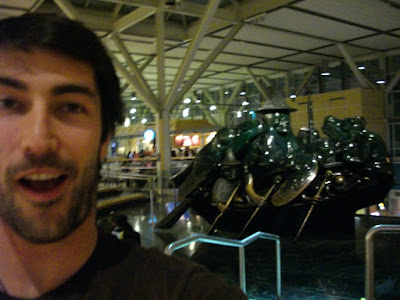