Same old Sevens (one of 5 tournament stops for 7s rugby each year, Welly is the most extreme with lots of costumes (guessing about 15,000 people)). Everyone dresses up, everyone goes crazy, but not everyone survives!

But first while Phil and I were shopping for costume gear we saw the WWE Heavy Weight Champion of the World, Rico Costa. What's he doing shopping at the Warehouse. 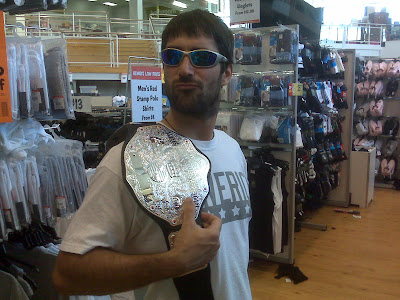 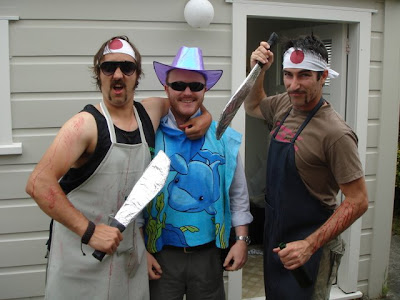 Stop in at a bar on the way to the stadium. Not only do I look Japanese, but I found cupcakes too! BTW I don't recommend going with blood all over as people tend to stay away from getting sticky. 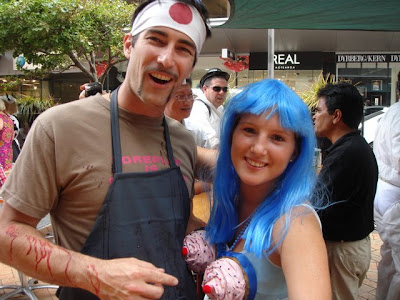 Shots of the Sevens at the stadium... 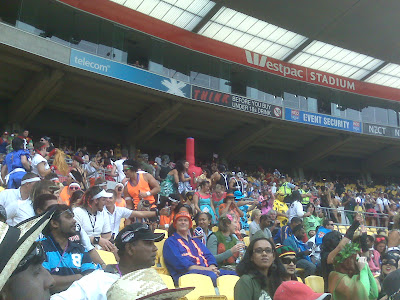 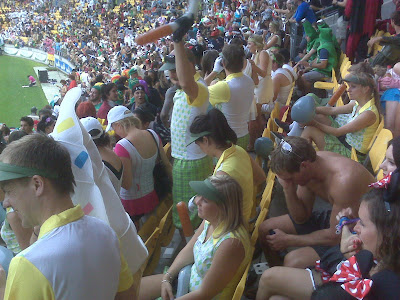 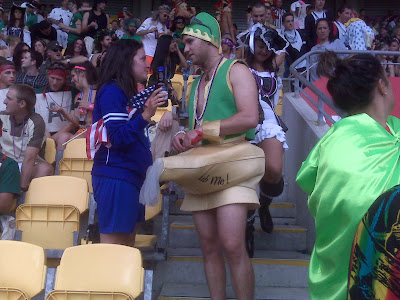 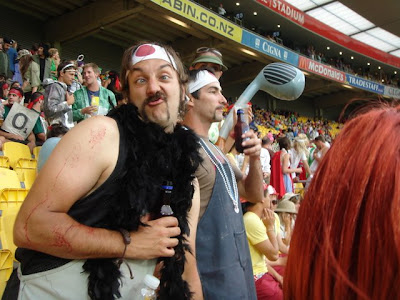 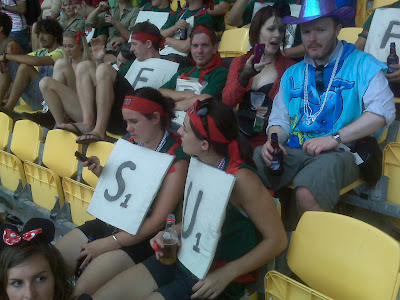 The usual 2pm girl who drank way too much scene. She is truly Trolleyed! 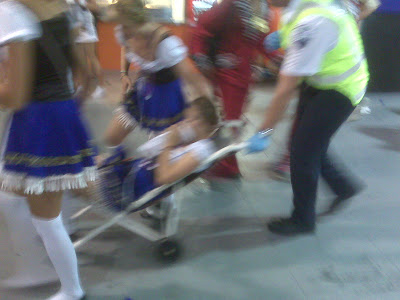 The usual drunk Whaler/Sushi Chef and random white dude dressed like a women trying to hear his wife on his cell phone scene. 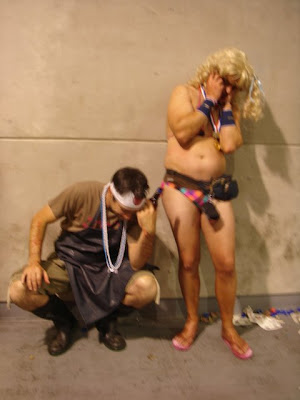 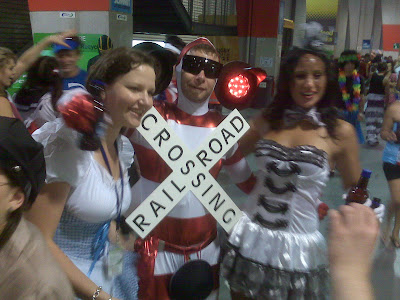 On the town and in the streets. 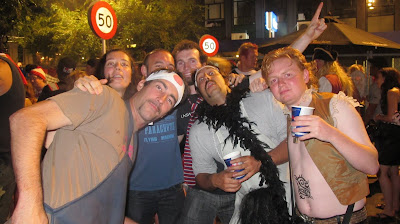 Nice Bike = Sore ASS! For some reason I thought the 8hour ride from Welly to Auckland would be comfortable on my new crock rocket (CBR 600 pure sport bike). Although it is amazing in the corners and has great power for it's size my ass and knees did not enjoy the long ride as much as the VFR rides. To be fair to the little guy my butt still hurts on an 8 hour trip using the VFR too. 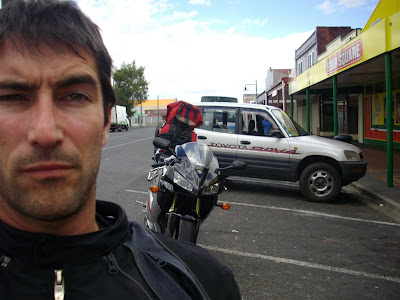 Back home in Auckland with the Bandit. 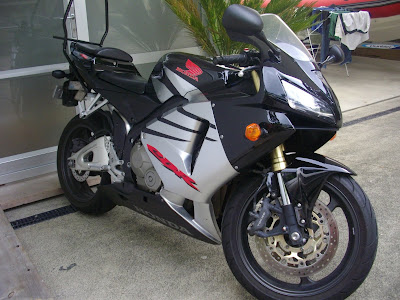