In part 2 of June I began my trip back to Canada with a stop in Fiji for some island time and a second stop in LA to see my good friends Gaz (new author) and Dorit.

I packed up my stuff on June 20 leaving NZ this time not knowing when I will return. I guess it all depends on, what I'm not sure, but I hope I find my way back there in the not so distant future. Hell I left a lot of stuff behind!

First stop, Fiji and more specifically Nadi, which is one of two cities with an international airport and the more politically stable. I was glad I could stop in Nadi on my return to North America and lucky to get a better price by doing so. Although I only had 3 days it was enough to get a feel for the place and take in what I may do upon my return. Unfortunately I didn't get to go out to any of the islands or go SCUBA diving as I was still recovering from my stomach sickness from Tonga 1 week before. Heck, it took a whole day before I risked a beer. Unlike Tonga, Fiji has bustling budget offerings like cheap golf at VJ Singh's Airport Golf course ($20 for a full round with club hire, next time) and lots of Volley Ball culture which I was happy to partake in.

Point of Note: Most of the budget accommodation is in the same place even though Google maps may get it wrong. It's all 5 km or so from the airport and where I stayed was good, Tropic of Capricorn (Mama's Place). The reviews were good for the most part and in the end it was a good spot for only $25 NZ a night for my own room and bathroom. Do watch out for the hidden tax you need to pay when you get to the hotel (maybe $5 extra a night). Oh, and don't worry if they say you can't use Smuggler's Cove facilities if you don't stay there because you can no problem.

Friendly Germans, Hannah and Nils along with Finnish Hockey Coach, Antti who I joined for a good day of wandering in Nadi town center and a circle bus ride that was supposed to go to the hotel, but ended back in town after 2 hours. 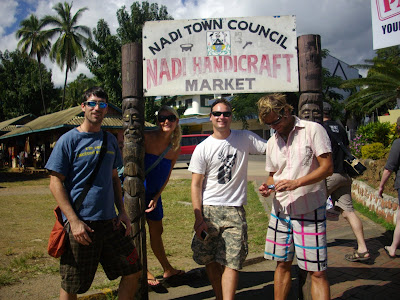 Lost on a bus in Nadi, Fiji. What a great way to see the locals and how they live.

Shot of the padded gear shifter in case anyone falls forward when a pothole is hit. 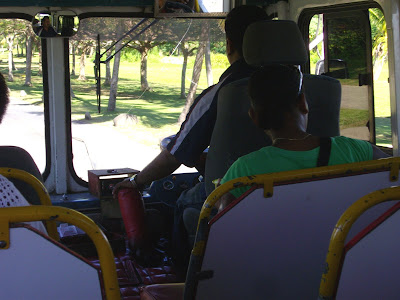 Local kids peering at us with curiosity from the safety of their home. 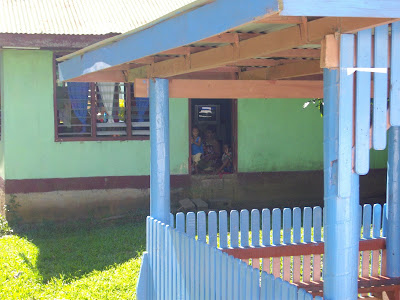 Shot of a small community along the bus routewhich felt like miles away from Nadi town center, but really wasn't. 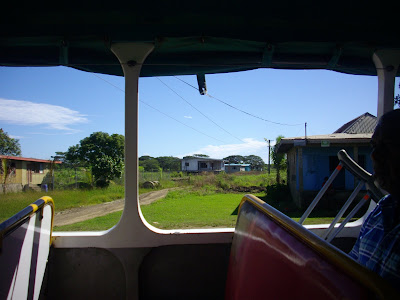 After an nice evening meal at Mama's we enjoyed a stand off between a sand crab and a toad (or frog?) Every time I see a sand crab I think of SpongeBob Square Pants. BTW, no blood was spilled. 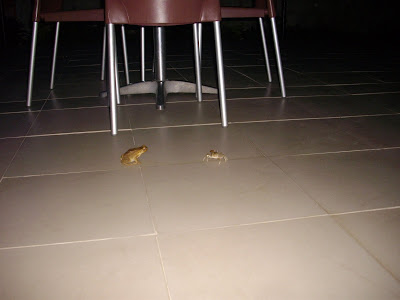 Late night Kava session. A mix of ground/powdered Kava root and rain water numb the mouth and face once you get over the taste which I liken to maybe licorice root in dirty water. It also numbs your brain and isn't recommended every night.

Good songs from a group of locals who provide the Kava and other things of necessity late at night including taxis to the clubs. The Kava is free, but anything else has a cost. 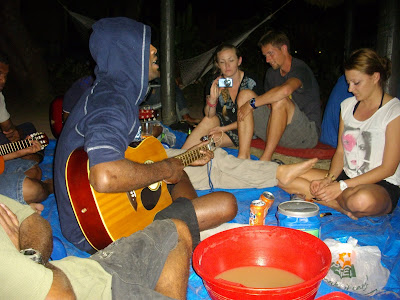 Skydivers landing right beside Mama's. One guy got to use his ass as a brake, ouch! 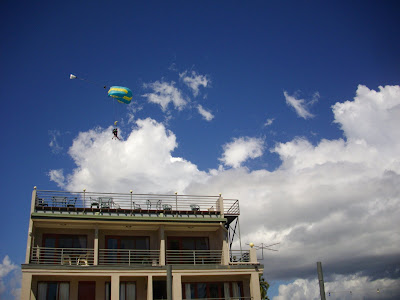 Unbelievable sunsets along Namaka beach in front of Mama's (shot from the roof top patio). 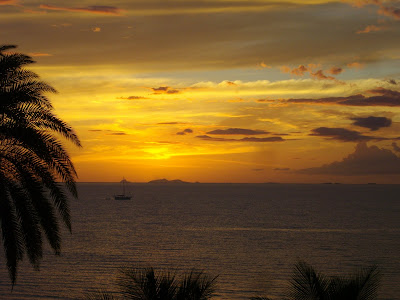 LA, We Love it! I used to say different, but this last trip through in June I have to give it pretty good reviews. Gaz and Dorit sure know how to find the good spots. After leaving Wellington in March 2010 to work for Activition (Gaz) in Santa Monica they found Marina del Rey which is only 10 minute walk to the beach. Paradise in LA? Yes. It's so good I may just move there. In LA the area is called the "Bubble" as it's not at all like LA and seems to be it's own world. What I was most amazed about was how grounded people were for such an expensive area that should only have snotty people, but it's the opposite. Well, to be fair Marina del Rey may have some of these people, but Venice and Santa Monica seem to hold the liberal views I appreciate. Otherwise know as beach life. 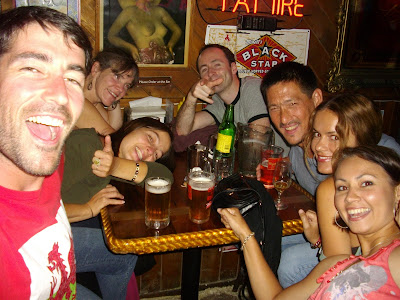 Venice parade was full of Medical Marijuana shops. $40 gets you an assessment stating you need marijuana for medical purposes (now legal in California). I saved the $40 and put it towards a bag of weed (kidding!) 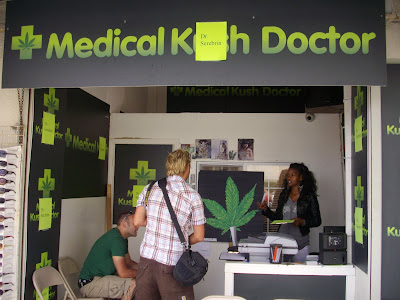 Off Santa Monica pier the beach wasn't nearly as busy as it gets. You can see the June gloom that sticks around for a month or so every year. It was still warm as usual. 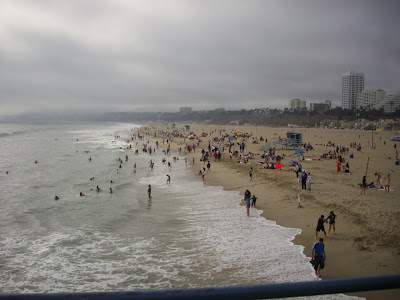 Then end of route 66 which begins in Chicago. I didn't know that. 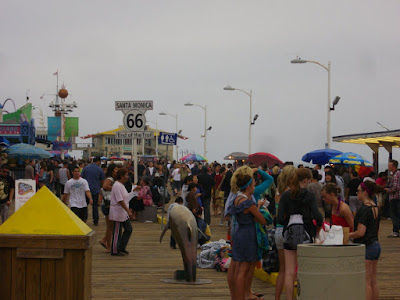 Shot of Santa Monica Pier from a Venice. 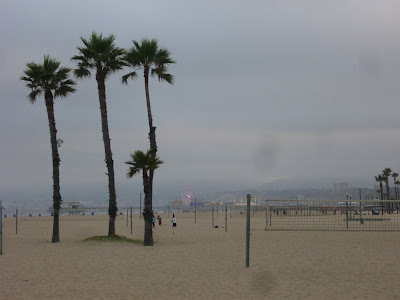 Shot of "The Rock Store" where lots of bikers hang in the Santa Monica hills. A bit on the pricey side which I didn't expect, but it is up in the hills. 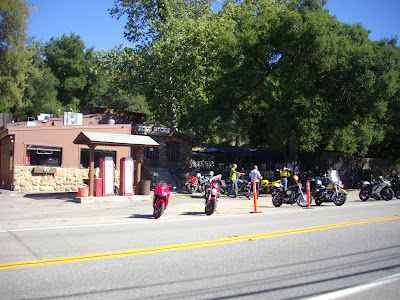 Oh, man! I finally made it to "The Improv" a highly rated stand up comedy club that was recorded weekly in the 80s and 90s and shown on A & E and the Comedy network when I was growing up. This stage has displayed some of the best talent in the industry and is where a lot of comics get their first big break. I had some material in mind just in case they needed a filler (yeah right). Also, no photos allowed so I only got my classic blurry sneak shot. 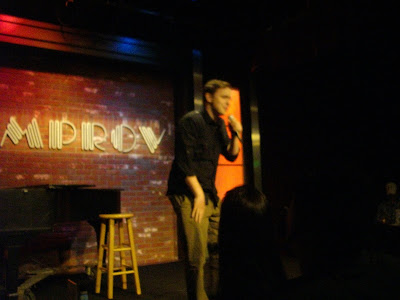 Have a look at just one of the wall of fame collages. Spade, Chapelle, Rock, Short,Carey, Sandler, Leno... 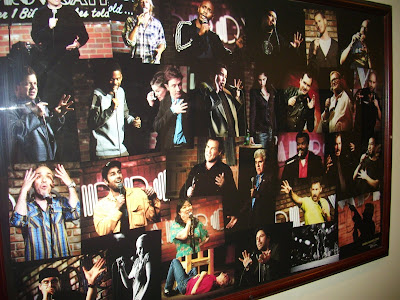 View of Venice and Santa Monica from Bill's 24 foot Sail boat. (better if you click on it)

Video from Bill's sail boat back to Venice and Santa Monica.

Dolphins in the open water.

Sun tanning seal in the habour.

Great Mountain shots from 36000 feet. I think Sierra or Cascade Range which runs along the east of California and up into Oregon and Washington State. 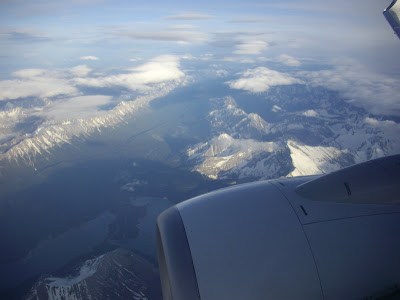 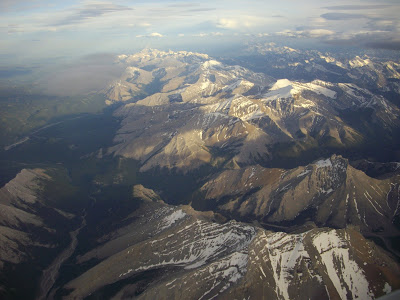 You have had a fabulas adventure life!!!