Tidied up at Toni's and got on my way around 11am with the shortest of the rides to my first major destination in front of me.  I had only 2 goals on the day.  A photo of the California State Capitol and making it to Cambria before night fall.

Sacramento reminded me a little of Calgary because the light rail running through the city and some of the buildings.  I would be happy to hang there for a night or two as government towns are always interesting to me and host multiple types of people.

Arnold's old house...I heard it was almost as big as the White House and it was big (how big is the White House?).  And I thought the State Capitol in Madison, Wisconsin was impressive. 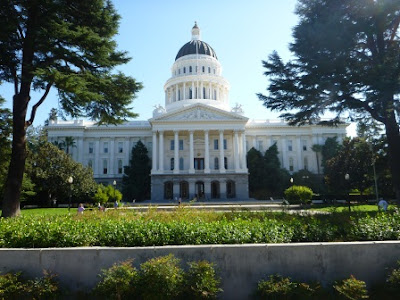 Slow start through Monterey, but once I got passed the train of vehicles it was all good.  Highway 1 runs from North of San Francisco in to LA and beyond.  I had completed the SF portion in 2006 (West Coast Trip 2006) so it was great to do the second section on this trip.  (C8,R7,T4-1,V8/9). 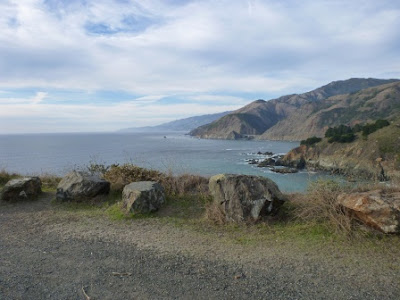 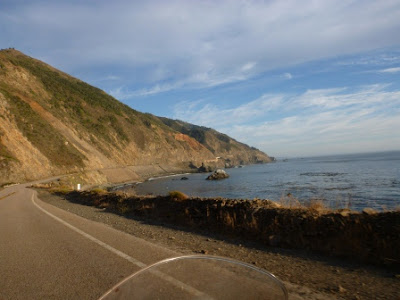 Made it to the HorizonsUnlimited.com (HUBB) Rally just before night fall.  I had no directions with me, but luckily intercepted two bikers while I was on the side of the road seconds from knocking on a Cambrian's door.  So, I followed them to the Rally's great spot on the water.  For $50 you get two days of presentations, $60 got you great meals all weekend and $80 got me two nights accommodation in a dorm (that was a touch expensive, but better than paying $70 for camping).  One guy commented that the accommodation was more that weekend then he had spent in a couple months on the road.

A fantastic weekend for sure and absolutely great to hear such positive travel stories and tips from all the presenters.  Shared a room with Dr. Greg Frazier who has been around the world 4 or 5 times depending on how you measure it.  Also, good to see some V Stroms along with all the other BMW adventure bikes.

Dr. Greg Frazier and some of the adventure bikes. 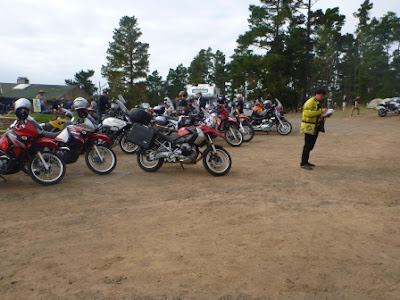 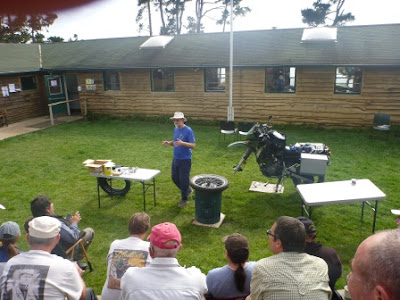 In addition to all the good adventure info at the Rally I met up with a bunch of guys I had invited to ride to Argentina.  Dave O (Rookie rider with computer know how and intermediate spanish out of Edmonton; 2011 V Strom 650) and Greg C(Experienced rider with charm and maturity out of Ottawa; DR 650) were interested in riding South and able to wait until I returned from NYC before setting off (see next blog).  Riding with others?  We shall see what happens.

One of the many things I learned at the Rally.  Dropping your bike.  On purpose? 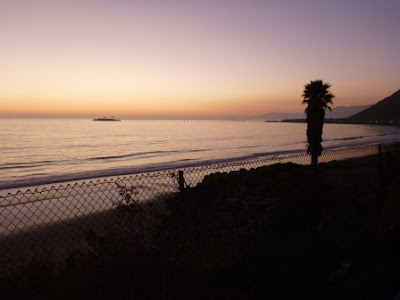 Best part was the Pacific Coast Highway from Oxnard to Malibu once I found it (C7,R7,T2,V8).  If only I got to do this in the day light then there would be some photos.

Staying with the usual suspects in LA, Gareth and Dorit in Marina del Rey.  On Monday Dorit and I went to the Late Late Show with Craig Ferguson.  I used to follow his show when I lived in Canada thinking it was the best late night show on TV.  We got there around 3pm and waited, then were prepped by the House Comic (Chunky B) and then waited some more and then got in to the freezing cold studio and waited some more and  then we're prepped again and finally saw Craig who seemed to be all business.  This was not as personable as I expected and definitely not as personable as Jay Leno was when I attended the Tonight show years before.  The House Comic continued through out the show instructing us to laugh.  I don't know how many warning we had about making Craig feel good from everyone at the show emphasizing the importance of our laughs like helium to a balloon.  And I thought he was entertaining us?  Turns out we are actually part of the show working with him to impress the people at home who simply surf through the channels and stop on the Late Late show for 20 minutes.  I guess after 11 years and being a Monday show he just wanted to get it done.  To be fair they had to insert a last minute guest, Matt Smith, from Doctor Who, who was a bit weird and then Joel Schumacher who was even stranger.  This didn't help Craig's cause.  Still all and all I was glad I checked it out, but I wouldn't want to do it everyday as it took 3 hours from start to finish for a 22 min show.   Thanks for joining me Dorit.

Check out the enormous Hershey Bars carried by the Price is Right audience after leaving the 1pm recording of that show. 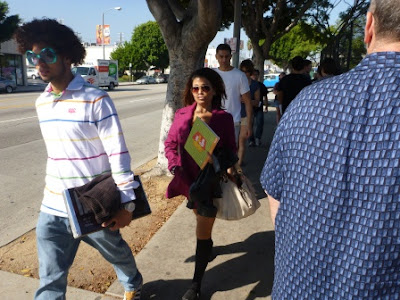 Dorit and I at CBS after the 3 hours 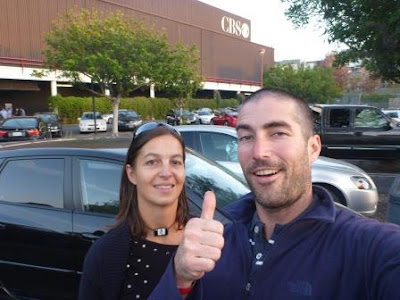 The next day and a half in LA was spent ordering and buying items for the trip.  This seemed like a never ending process, but I'm sure it will come together at some point.  Two shops that were great were Cycle Gear and Honda of Hollywood.  Cycle Gear run by Jay (moved to San Diego store now) had all the riding stuff you could need plus repair kits and other after market parts (even Dainese gloves which no one in LA seemed to have).  And Honda of Hollywood was excellent for online ordering of OEM parts and advice from Frank the head of service who shared his tricks and tips.  I will use them to order parts as they have quick access to Suzuki USA in California and their prices are great.  Not sure if they will be able to send directly to me so having friends in LA that can send it to you is a bonus.  Thanks Gaz and Dorit for everything!

Next up NYC, what?

Check out this log of wasabi I got with my sushi.  That doesn't look right.  Who serves it like this anyway? 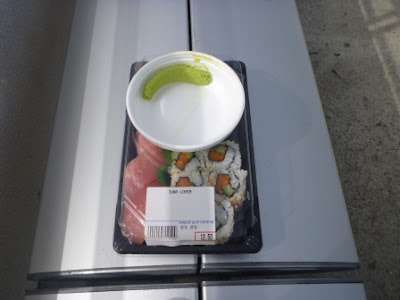