The beginning of the Day of the Dead celebration / appreciation for those passed on.  The actual day is Nov.2, but set ups and festivities were well under way Nov. 1.  Miguel and I drove around the city touring Pancho Villa's town and where he was assassinated and buried.  Miguel is a huge fan of Pancho Villa which is one of the big reasons he moved to Parral and started a family.  Thanks for the tour.

It should also be noted that the famed Drug Lord Joaquin Guzman has lots of property here and that being on the streets after 11pm is not the best idea.  I had no problems in Parral except for my weak ass spanish. 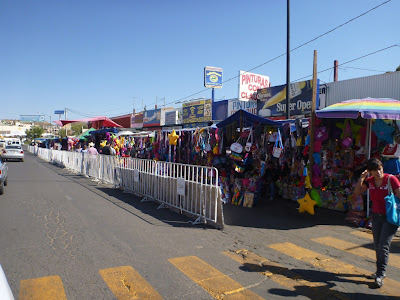 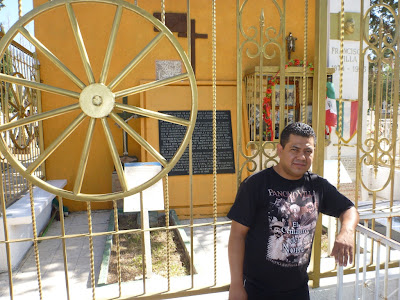 After the morning tour I packed up at the Auto Hotel and found my way in the direction of Durango, one of the major drug connected cities in the North.  Road to Rodeo (C6/7R6/7T2V6).

Raced with a little red sports car for a bit and slipped by some on coming trucks for the days highlights between Rodeo and Durango (there's much more room than you think!).  Oh, and a little birdy didn't slip passed me.  I said good by as its body hung on my foot peg for a couple seconds before tumbling to the road (I'm sure it was fine).  Road got a bit worse with construction and traffic picking up as I closed on Durango (it was rush hour) (C7R4/5T3V6/7).


Another animal hazard that didn't fit between my foot peg and my engine. 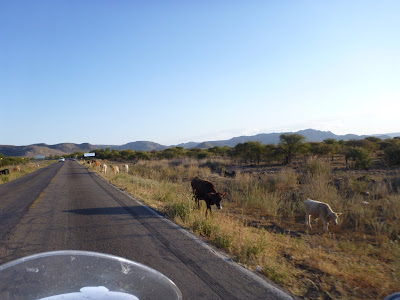 Chasing the sunset to my hotel that I was getting close to. 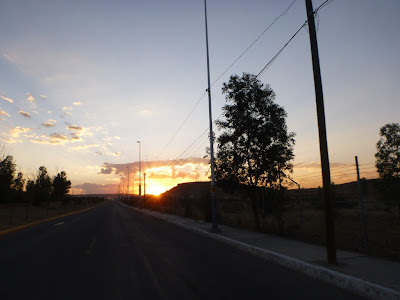 A local recommended Hotel Niagara.  Of course I managed to find myself at another Auto Hotel.  Even nicer than the last.  This time I had to get room service as there was no restaurant.

The famed Espinazo del Diablo (Devils Spine) was on the menu today as I made my way to the coast and finally some beach time.  Only 300km, but it was going to take a while (5 hours or so).


Stopped in at one of a couple road side eateries in Coyotes.  The kid was super cute and the toasted pressed beef burritos were delicious! ($3) 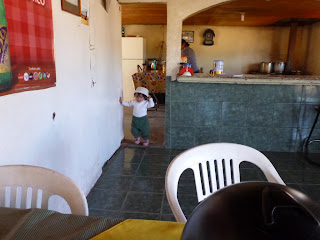 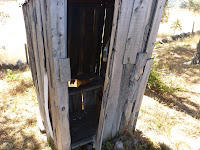 However I do not recommend the Toilets!

And then the trip was over???  Made it to Buenos Aires... 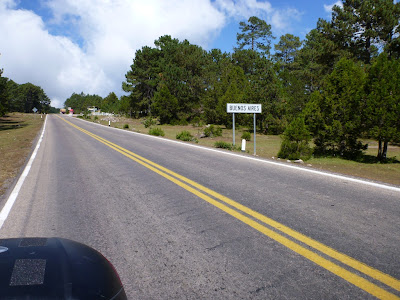 Coyotes to Sinola State line had a couple rough spots and more switch backs as I started to climb, but really all you could want in a ride.  C7/8R6/7T3V8/9.  Being amongst the looming clouds felt a little chilling and warming at the same time which makes no sense. 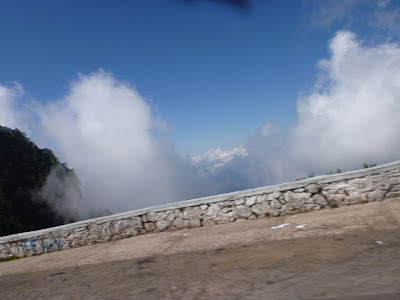 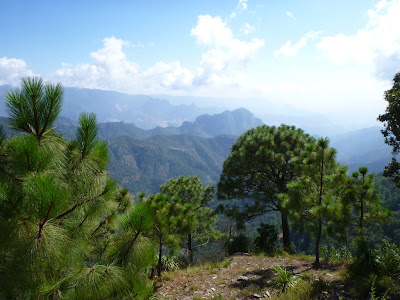 Sample of ride (Before Sinola border)

A piece of the Spine in the distance. 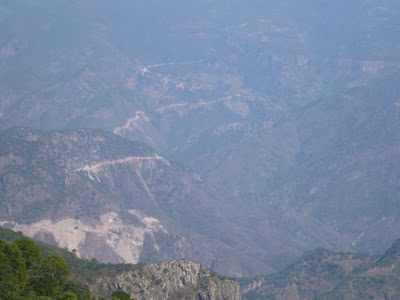 Thoughts on Espinazo del Diablo at 1880m.  Sorry for the pronunciation in the video.

After I crossed the Sinola border the road got shittier and it felt like there was more traffic.  May be just because I was getting tried.  C8R5T4V8/9.  Still great stuff with even more switch backs.

As I descended the temp began to rise.  Entering Mazatlan around 4:30pm after changing time zones twice unbeknownst to me I really felt the 31 deg C.  Got caught up in Old Mazatlan, but some how managed to find my Hotel in the Center once I hit water and spotted it from a hill top.  La Siesta is great!  Beach front, blocks from Old Mazatlan with Air Con and Free Wi Fi ($32 if you can talk them down from $45).

Video of room and view and a little discussion of what it's like to return to a place via motorbike after only knowing it from the airport to the beach.


Oh and did I mention the Sunsets in Mazatlan. 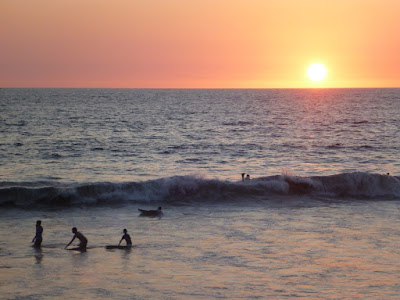 The next day I had a quick spin around town before and after hitting the ocean.  Of course I had to check out Walmart to see if I really needed to buy up the Nogales store in the states.  I didn't.  they have it all here and probably more than the Canadian stores.  Meet a couple from BC who drove down and were on their way to Manzanillo with their dog for the winter.  "Get retirement plan"

Even motorbikes were sold at Walmart Mazatlan! 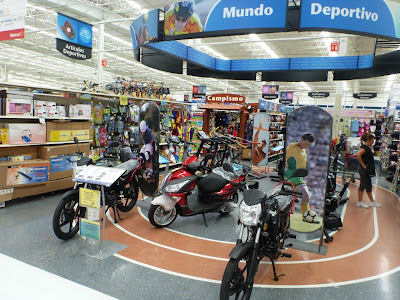 Anyone can be a photographer here... 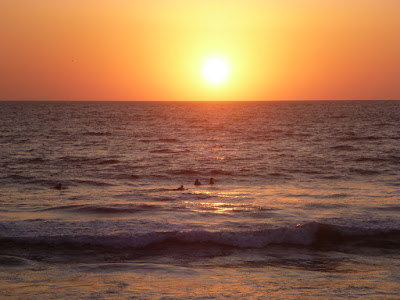 A nice relaxing day and finally a seafood meal of octopus and shrimp (served cold with crackers).  The first time I tried octopus was in Mazatlan 15 years ago and I think I'm over it now.  The end had been coming for a while.  Of course I will still stick with shrimp, lobster, crab, squid, shark and other sea creatures for my fix from here on out.  The beach front side walk restaurant (separated by a road) had live music and patrons were encouraged to dance or sing or both.  I just took it all in. 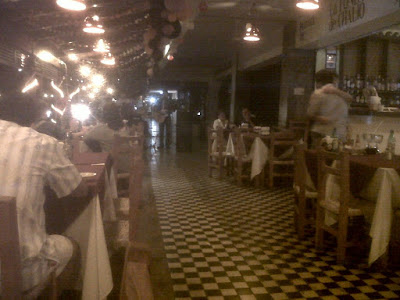 Note: Went to La Tertulia (a Bull fighters bar) 3 blocks away on the advice of two Calgary girls.  It was slow, but could be good on a busy night for sure. 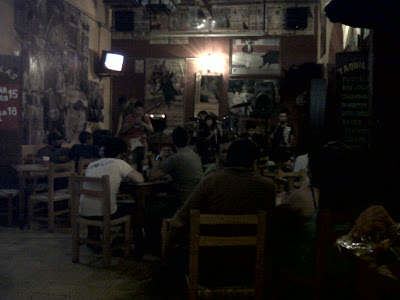 Well rested I made my way south to the bustling Puerto Vallarta area taking the free road instead of the toll road adding time and curves to my journey.  Ruta 15 (noted as 15D on my map which is the pay road) was worth saving $20 in tolls.  C3/4R5/6T3/4V4.

This guy taking his bike to the max.  The most I ever had on a bike to date was on the Alaska trip when I took this girl (no helmet) and her two travelling size backpacks on my already stuffed VFR for a short ride from the ferry to town in Juno which ended up being 17km at 100km/h.  This guy would laugh at that feat.

On to Ruta 200 which I hope to ride most of the way to Guatemala.  This section to Nuevo Vallarta is busy on a Friday afternoon!  C6/7R5/7T8V6.


Villa Varadero an all inclusive beach front resort directed at Mexican families this time of year for $75 a night.  Pretty good considering my budget per day is $75.  Why here?  My good friend Alex and his family were to meet me here, so why not.  Three days of eating and swimming sounded good to me.  I never left the hotel once over my 3 nights stay!

After a 1am arrival the night before the team was ready to take a couple days at the beach.  Ana, Kuka, Alex.  12 years since Alex and I were in Engineering classes together and 8 years since he had visited Calgary.  Finally I made my way to his part of the world as talked about for the last 8 years. 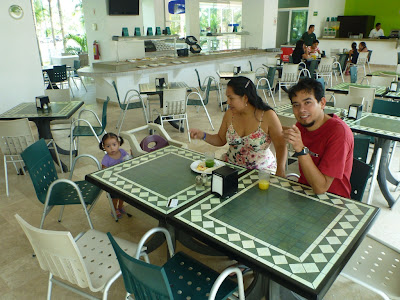 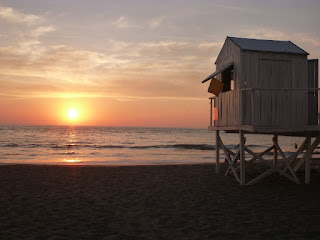 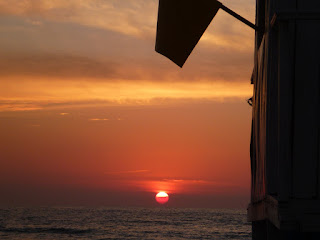