March 2013 was a month that seemed quiet, but when I put the blog together I realized there were a couple good moments to mention which included a visit from Tom Cruise to Argentina for the Latin Premier of Oblivion.  As well we took in an Art gallery, took a walk through the Recoleta cemetery were Evita Peron is buried, met up with 20 or so moto riders for a Sunday ride and an asado and yes, moved into another apartment even better than the last one.

Unfortunately and fortunately my February apartment was only a one month rental so I booked a new spot using www.airbnb.com and cut a side deal with the owner for 2 months.  Great deal and great apartment.

Apartment #3 for my 2013 tour of Buenos Aires, my favourite one.  I call it the Glass Apartment.  Glass tables, glass plates (not microwaveable), etc.

A little fun with my waterproof camera.  Who else has a pool with mermaids?

A visit to the Recoleta Cemetery, the resting place of Evita Peron "Don't cry for me Argentina".  It's basically where all the rich and famous people from Buenos Aires have been placed in tombs and mausoleums (over 4700).  On my scale of things to do for FREE, it's good value.  Great structures and design. I even saw some Costa's buried there...


360 degree video from the centre point of the cemetery. 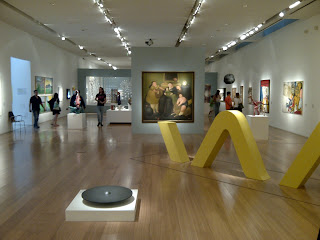 Asado Moto Ride.  My buddy Julian invited me to join the Vstrom club and others for a ride to Magdalena for a Barbeque lunch / Asado.  A great way to spend a Sunday going 150 km from Buenos Aires to Magdalena for a good lunch and some new friends.  I always enjoy riding in to small towns in a big pack shocking the people who keep waiting for the chain of bikes to end.  See my favourite chain of bikes from a NZ motorbike rally against the government in November 2009.  Over 10,000 bikes!  http://thelifeofbrad.blogspot.com.ar/2009/11/november-2009-on-move-again.html


Video just after all the riders met at the "fork in the road" gas station.

And then there was Tom Cruise and his Latin premier of "Oblivion" in Buenos Aires.  Earlier in the day Mac got free passes to the film so we made our way down to Recoleta.  When we arrived they had all the red carpeting needed to make it look legit.  Hell we even got to walk down the red carpet as we made our way to the theatre. Possible foreshadowing for TLOB in a year or two?

Reporter Brad getting the scoop before the viewing of Oblivion and the arrival of Cruise.

Film review - Oblivion
It's loud and visually entertaining, but not going to grab top spot this year. I did enjoy the swimming pool of their apartment as it reminded me of Dubai architecture.  I'm not sure why Morgan Freeman sign up for the film though as he had limited screen time and it was liking watching Sean Connery in The League of Extraordinary Gentlemen (meaning At some point you may be too old to do action films).  On the plus side he fulfilled a life-time dream of acting with Tom.

I give it a 6 out of 10.  I think I had higher expectations.  Regardless we all enjoyed Tom's visit and I've appreciated his work throughout the years.  "Risky Business", "Colour of Money", "Days of Thunder (as a comedy)", "Born on the 4th of July" and "Minority Report" to name a few.

Listen to that crowd as Cruise arrives and jumps out of the car.

Rush hour and I'm safely not in it