December 2013 - Getting out of the deep freeze, Calgary and getting in to the furnace, Buenos Aires.  I had to survive the cold for the beginning of the month then it was off to BA on my Bday with out looking back.  Although I was scared to arrive in BA having not spoken spanish (sorry, castellano as they say here) for 7 months I began listening to audio books before I even boarded my "not" enjoyable United Airlines flight experience (man they suck, but tell me an american airline that doesn't!).  Landing in BA at the exact time as my broken friend Julian it was easy to get back to his place and activate Bumble Bee for another stint in the 13 million people capital.  After re-permitting the back by going in and out of Uruguay I was finally ready to relax.  Why not a bit of parrilla and partying to get to 2014 after 4 months working as an engineer 10 hours/day with out a day off.  Vamos a 2014.

Last cold days in Calgary - Nothing to say here except it was getting cold and I was ready to head South for the winter.

Only watch if you want to see what kind of song card my mother gave me for my birthday.  If you know my mother you will understand this well.

Flying and Arriving in Buenos Aires.  Calgary to Buenos through Houston was about 17 hours all in and really had no surprises, just the usual bad service from United Airlines (unfortunately I chose to save $200 and 5 hours of flying instead of going Air Canada).  I arrived at 10:25am the exact time as my friend Julian who was returning from Brazil and his moto accidient that he survived in pretty good condition considering the state of his moto (see Nov 2014 post).  However, Julian did manage to break his leg in 3 pieces, bust his foot needing pins and add a few scratches and potential scars here and there.  Lucky guy.

I hitched a ride with his relieved family and friends jumping right in to spanish after 7 months with minimal practice.  Once in San Fernando I spent about a day at Julian's sleeping while he recovered next door at his parents place/  After that I got the bike on the road, headed to Uruguay to renew my Argentine Permit for the bike which involved a quick day ride (500km round trip).  No dramas and great to get back on the bike.  I returned to San Fernando for a couple more nice dinners with Julian and his family then made my move in to Palermo, Buenos Aires where I rented a studio apartment in a great new building with a pool and bbq on the roof.  Love it!  Although I would have been happy to rent a bigger more expensive place my options are always limited by where I can put my kid (moto).


Side Story Rant that you knew was coming: United Airlines is so terrible!  They charge for alcohol on international fights now.  Crazy.  I ordered a lactose free meal which was no problem until I was on the flight and they said they had no dairy free meals.  Just awful.  You get a tiny dinner and a croissant for breakfast on a flight over 10 hours (bring your own food!).  For a country that is all about big portions I sure didn't understand the airline policies on food.  And of course with conditions like these it makes sense that the flight attendents are distant and not interested in being there.  I asked which meal had a cream sauce and she said I have no idea, they don't tell us.  WTF.  Then she asked a "spanish passenger" in "english" if the beef had a cream sauce.  Why have personnel who speak spanish on a flight going to Argentina?  You think they could take the time to ask or someone would give them the ingredients in this day and age.  wtf again!  Rant over.

Need a video to capture all the damage to Julian's helmet after crashing and burning.


Getting the bike out


Back to the city and to live in Hollywood, Palermo Hollywood that is!
Packed up all my stuff and road in to Baires (Buenos Aires) to look at three places and make a decision on that day.  A little pressure so I jumped on the one with the best parking option to take care of Bumbles and a roof top pool for me of course.  Back to life in Baires.


High temperatures were great for the pool, but bad for the power grid as our apartment went with out power 3 or 4 times spanning from 1 hour to 24 hours (no water the last 4 hours, which got a bit scary).  Living on the 4th floor the biggest trick was not getting caught in the elevator during a power loss.  I heard screams a couple times and nearly got caught by about 3 seconds the day of my first BBQ on the roof.  The tenants made the best of that power outage coming up to the roof for some pool time to get out of their air conditionless apartments.

BBQ (Asado) on the roof of my apartment building with no power.

One of the girls from the apartment turned out to be a little famous as a bass player, singer and actress in many different groups.  She invited me to see her at the Hard Rock one night and Groove another to see two of her bands play.  Aldana Aguirre with over 7000 likes on FB.  You never know who you are going to meet in the laundry room. 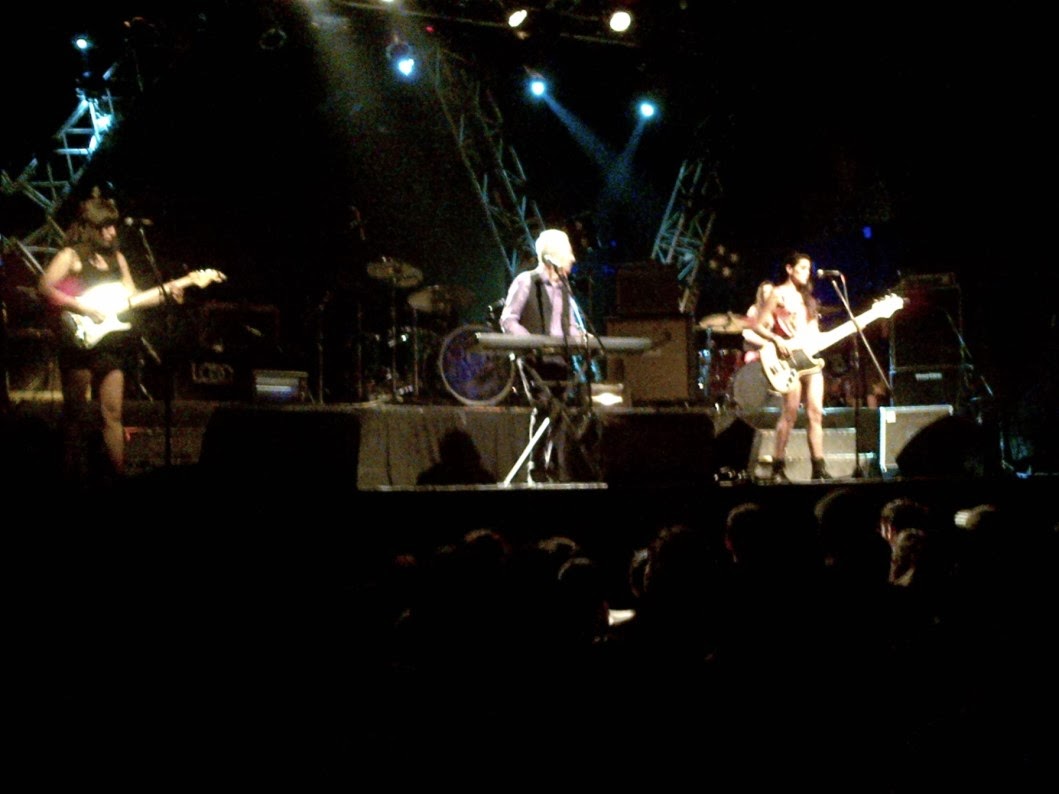 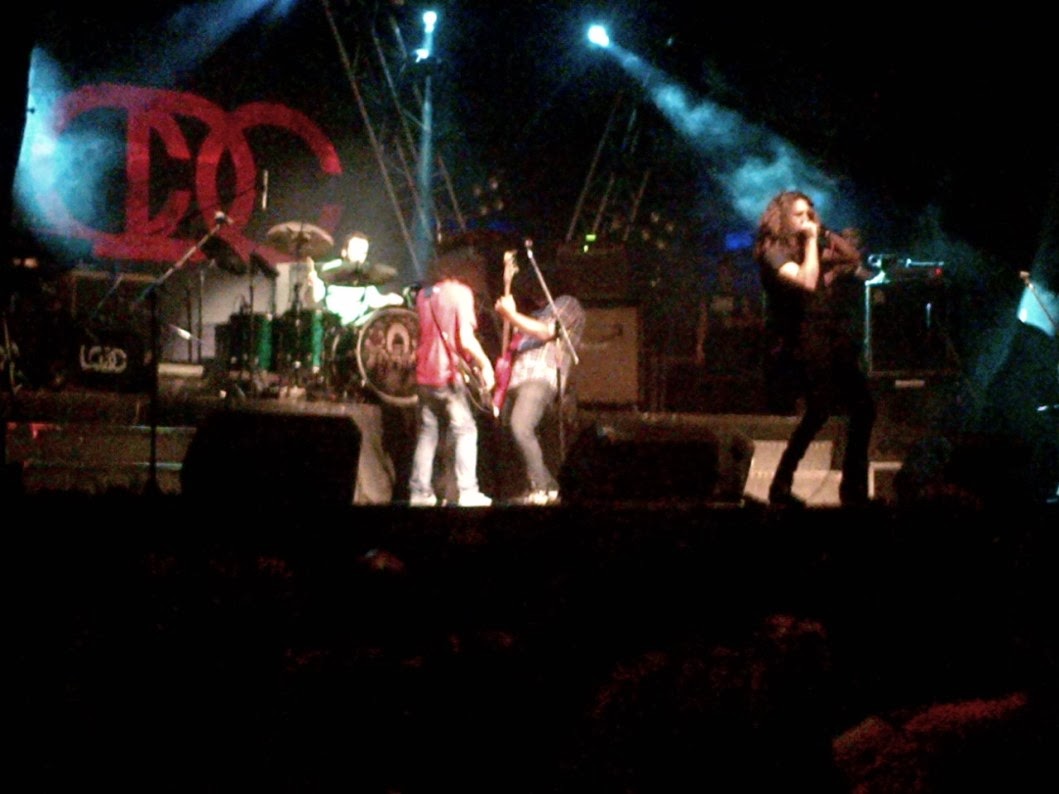 New Years Resolutions : Pick your battles and make a fool of yourself more often
Met up with some Buenos Aires Pub Crawl people at Marco's house.  We managed to eat even though everything is closed after 8pm.  In Argentina no one goes to the clubs until 1am or later so most people celebrate the passing of the year at someone's place then go to the clubs.  We made our way to Asia de Cuba a more expensive place on the waterfront in Puerto Madero.  On NYE it usually costs $60 USD for entry, but Marco swung us passed that, thanks dude.  Over all a great night, but I have to ask just one question: IF IT'S NYE AND YOU ARE AN EXPENSIVE BAR WITH AN ENORMOUS ENTRY DON'T YOU THINK YOU WOULD STOCK TEQUILA, WTF ASIA DE CUBA, THUMBS DOWN!


Sounds of fireworks all around us 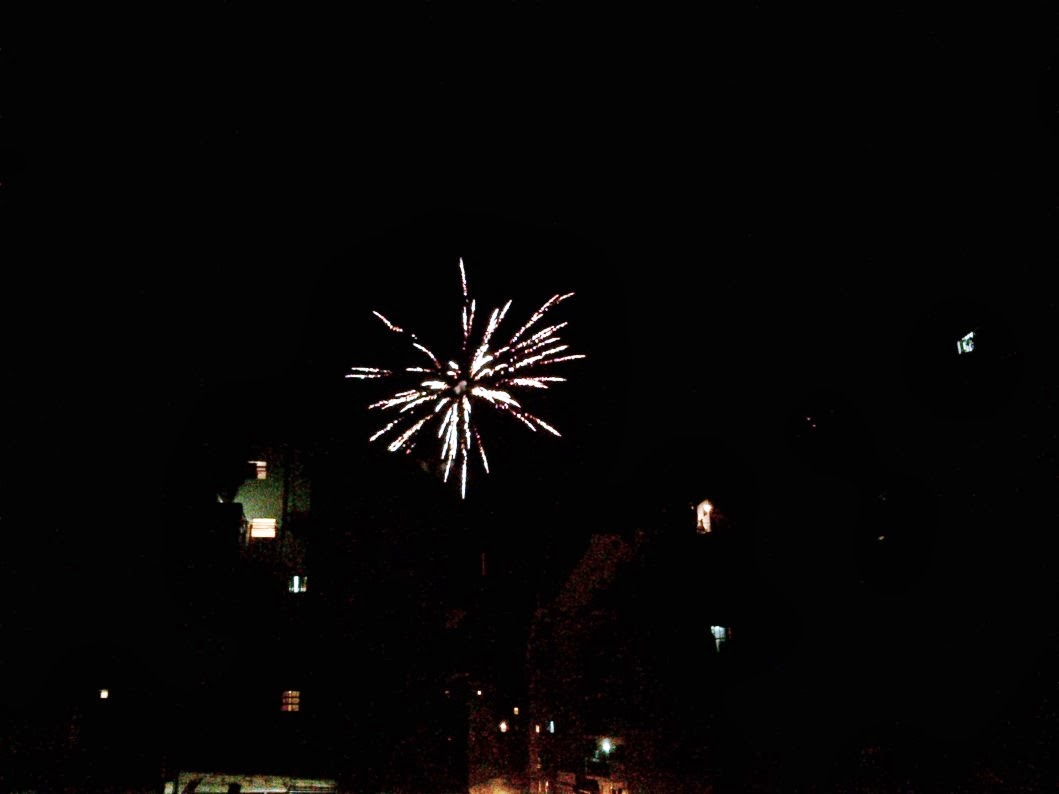