April 2014 - Don't work for me Argentinaaahhhh

April 2014 - I continued to get back on my feet going to Physio Therapy 3 days and having In House Therapy 1 day a week.  The NHL Playoffs were live in my apartment via the World Wide Web, I attended a Costume Party as good as Halloween with out the treats and experienced more life in Buenos Aires.  Plus, ONLY one month after ACL reconstruction surgery I was Back on my Moto!
In general April was a busier month for me with all the Physio and Doctor appointments, but not for everyone else.  A planned Strike/Paro (1 of 3 through out the next year), Easter/Pascuas and the "workers day off" which fell on a Thursday and threw encompassed the the Friday to handle recuperation from the "workers day off."  The strike crippled the city; no buses, trains, subway, etc, but if you had your own car it was pretty sweet.  No traffic!

Ironically the "worker's day off" was in the same month that the "Blue Collars"/workers planned a full 24 hours strike where only "White Collar" and Emergency services worked.  The "Blue Collars" are also the ones keeping this government that they strike against in power for the last 13 years.  I must have this screwed up somehow cause that doesn't make any sense to me?


Out of 22 working days in April Argentinian's had to force themselves out of bed for 16.  Tough month!

My brace is off, don't trip!  Lots of travel to Physio in April by bus and subway and then back to my "Usual"...


The "Usual" meaning Back on the Bike and pretty excited about it.  Probably could have waited another week or two, but the doc was happy to clear me to ride so I didn't hesitate.  I will miss the stuck in traffic standing room only buses that moved 4 blocks every 10 min.


Better late than never.  It would have been nice to watch NHL (National Hockey League) Playoffs while lying around the apartment the last 2 weeks in March when I had the leg brace on, but I'll take em when I can gett'em.  Signed up with NHL Center Ice to bring all the First, Second, Third and Stanley Cup Finals to my computer via internet to which I connected to my LCD TV.

I can say this with high confidence that this was the best $30 I have ever spent bringing a piece of home in to my living room every night for the next 2 months!

NHL Playoffs on my TV in Buenos Aires.  Awesome!!

Live Music - Blues with Memphis lead singer as the honoured guest.  My good friend Emiliano playing drums!  Loved it, and can't figure out why I don't get to more of these shows here and in Canada.


Another Junior cooked Asado.  Video explaining the cuts in Spanish and translated in English by yours truly.


Couch Surfing House Party - SinVerguenza - $5 entry x 200 people, they do alright.  They have a bar, and solid DJ.  Most people bring their own drinks as I'm sure they are selling above board. 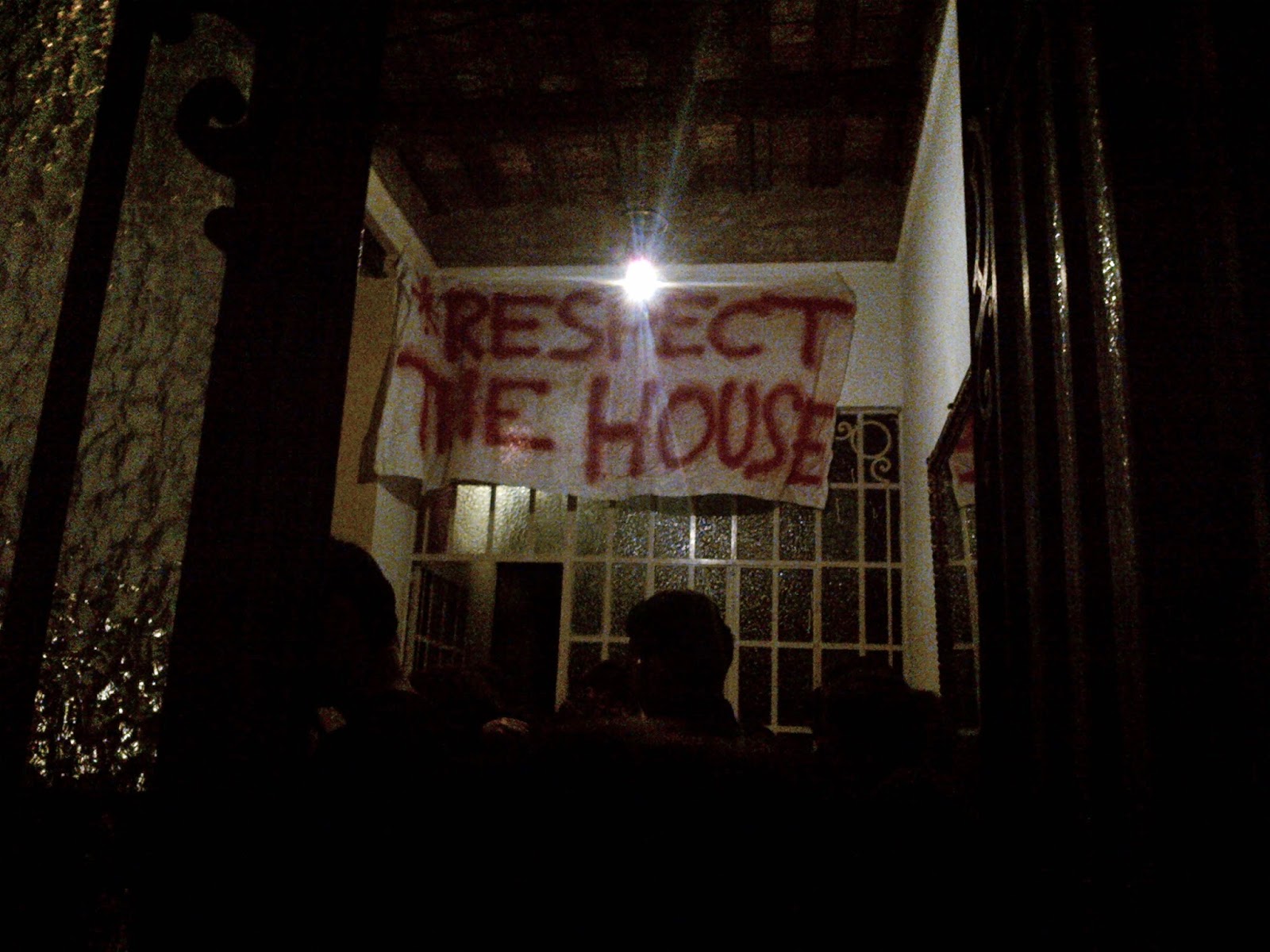 A Farm in the middle of Buenos Aires??