September 2014 - The purchase of a second Vstrom for the movie, Freak snow storm, Red Bull - Rocks and Logs, and a Trip to Germany to see my Director and go to Oktoberfest for the first time. 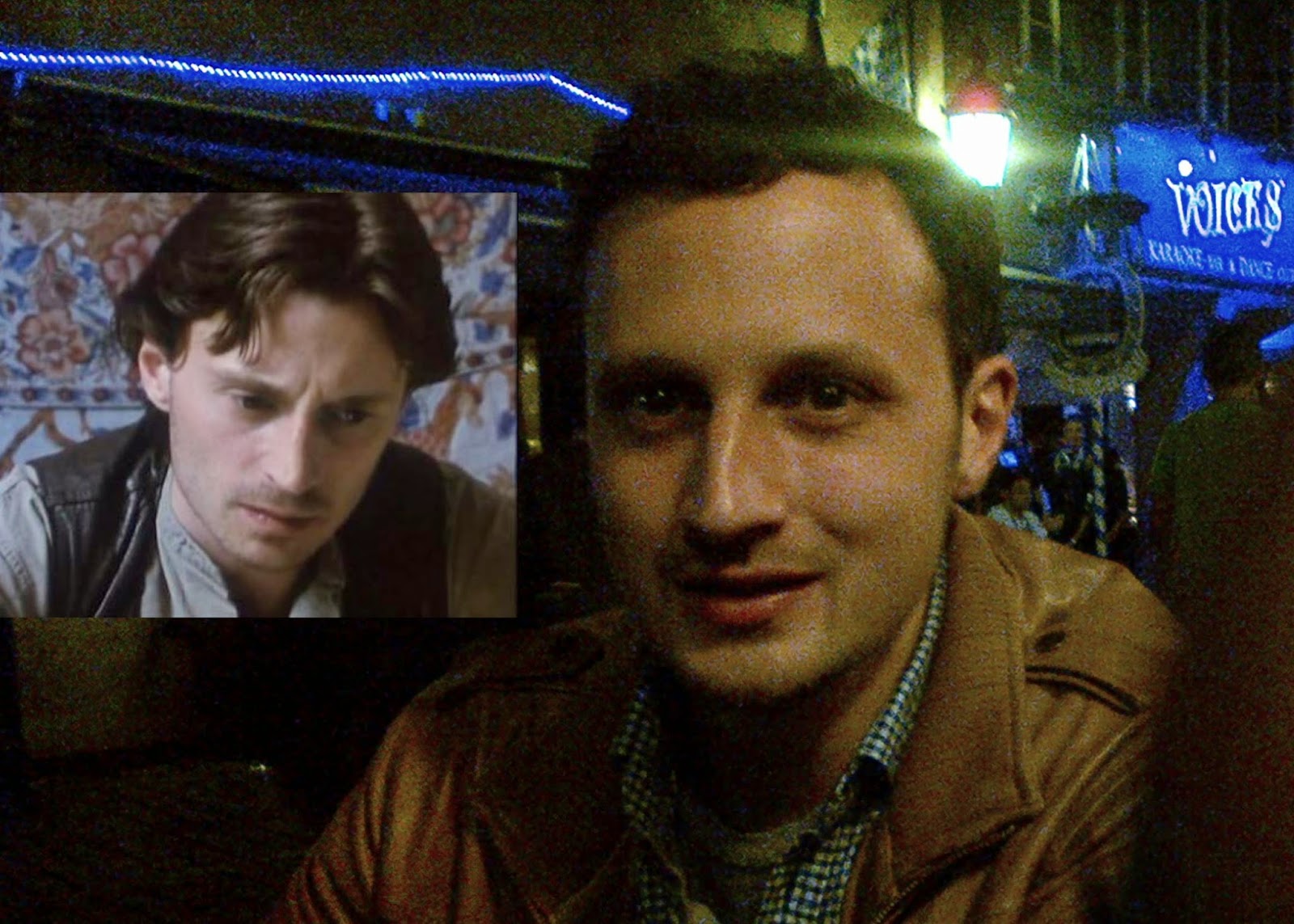 Freak Snow Storm (Sept 10).  The poor trees of Calgary did not take well to the out of season snow storm which ripped branches off thousands of trees in the city causing millions of dollars in clean up and damage to homes and utilities.

RECOMMEND:  If you have no power to your house you might as well go to work even on a snowy day.


Light patience in Calgary which is ironic considering all the cases of road rage here.


Red Bull - Rocks and Logs.  Thanks Ricardo for inviting me out to this event.  Great to watch some extreme off road riding and I still can't believe in this day and age it was FREE.  Must see for that price.

Week of Germany (Perfect).  Since my mother was travelling Europe for 5 weeks and the Director of my film was living in Frankfurt I thought, why not go for a visit?  Although I only work for a short period of the year and need to make money while I can the decision to go was simple knowing the chances of hanging out with my mom at Oktoberfest was once in a life time.  An easily justified week off work.

Four days in Frankfurt, Two in Munich and One in Cologne was the tight schedule with lots of travel that I didn't account for.  I was one tired guy by the end of it all.

Worked half the day and then grabbed a Car2Go near my mother's to go to the airport.  My first time and an overall good experience even though when I got to the airport I had no idea where to park the "by the minute rental".  Saved half of a $50 taxi by using the Car2Go which I now know you park at Park2Go an airport shuttle service just north of Calgary International.

RECOMMEND: Car2Go to the airport and Chick-fil-a at the airport (regular priced, wow! and tasty)

Frankfurt.  Train to Central Station where I re-united with my buddy and director Phil who lives only blocks away.

Although I had passed through and stayed in Frankfurt on a few previous occasions I must say I enjoyed it more than expected this time.  The once thought to be drab commerce only city was quite charming and a perfect size of 1 million or less people.  Everything mostly walkable with the Rhine through the middle and a full supple of Apple Wines and good restaurants Frankfurt is now a spot to know if you come to Germany.


Munich.  Left Frankfurt at 6 am wearing two pairs of underwear (sort of) because I had forgotten to take yesterday's underwear out of my jeans the night before when I had a shower.  Weird feeling pulling a pair of underwear out of your pant leg as you rush for the bus.

Bus vs Train. 7 hours on a bus with Wifi for $15 versus 4 hours on a train, no Wifi for $80 seemed like an easy enough choice.  No matter how much money I have I still love to save when I'm on the road. It's in my genes.

Previously I had been to Munich two other times in 2003 and 2004, neither of which I remembered very well as I had only 1 drunken night each back in my novice travelling days.

This time I had two days, but really only one as the first was spent travelling and sleeping due to major exhaustion.  A short afternoon meeting at English Gardens with my mother and her travel buddy Charmine who were going through Europe for 5 weeks.  After 12 hours of sleep at Martina's place we set out for Dachau, a Nazi concentration camp just outside of Munich and then later in the day to Oktoberfest.  Not an ideal combo, but the best I could do with my tight schedule.


Day 1 - My mother, Charmine and I went for a sizeable walk around the center and then to the English Gardens for a beer.  A very beautiful city with a lot of places to see and a lot of activity / tourists during Oktoberfest.

A morning/afternoon at Dachau, one of the bigger Death Camps from World War 2.  A quiet experience for sure.  I didn't realise the Nazi party had begun filling the camps with Jews and other political prisoners not in line with Nazi views as early as 5+ years before the war begun.  Also the camp was only set up to handle 6000 prisoners which was not sufficient for the 30,000 there at its highest point of overflow.  These and so many other reasons why these camps were such atrocities.

We all took a little time to right ourselves after the Dachau visit.  After the drive home it was time to move to the brighter side of German history and the Oktoberfest.

Entering Oktoberfest I was very surprised to see it was more like a Carnival / Theme park with rides and food.  I thought it was only beer tents, dancing and drinking.  Didn't know it was also a place for children.  A lot more like the Calgary Stampede than I had anticipated.

Main points about Oktoberfest: Bloating from 5 litres of beer, singing the "million euro" song every 30 minutes (named that to represent the amount of beer drank every time the song is sung), dancing on the tables and lots of cleavage.  Everyone having a blast except the waitresses!

THIS SHIT JUST GOT SERIOUS!  What I also didn't know is you can't order beer or food unless you have a seat at a table.  Of course I was getting a seat, but for the 4 of us that was much more of a challenge.  Although I was prepared to buy my way it was not necessary after I found a lovely chap Thomas and friends who eventually gave in to the Canadian charm AND promise of free beer.  This is one of the bigger tents of the 10 or so,

Cologne.  Well before arrival in the city of "The Dom" I decided to forego the 10 euros for the train at 7 am from Munich City to Munich Airport (Funny how a 40 min train to the airport is almost the same cost as my 7 hr bus from Frankfurt to Munich).  MISTAKE - You take a chance and 1 stop before the Airport three ticket checkers board your car.  Reminded me of the time in Austria on my 2009 Euro moto as I left the country stopping for gas first and getting nabbed for 50 Euros because I did not have an Austrian road permit. 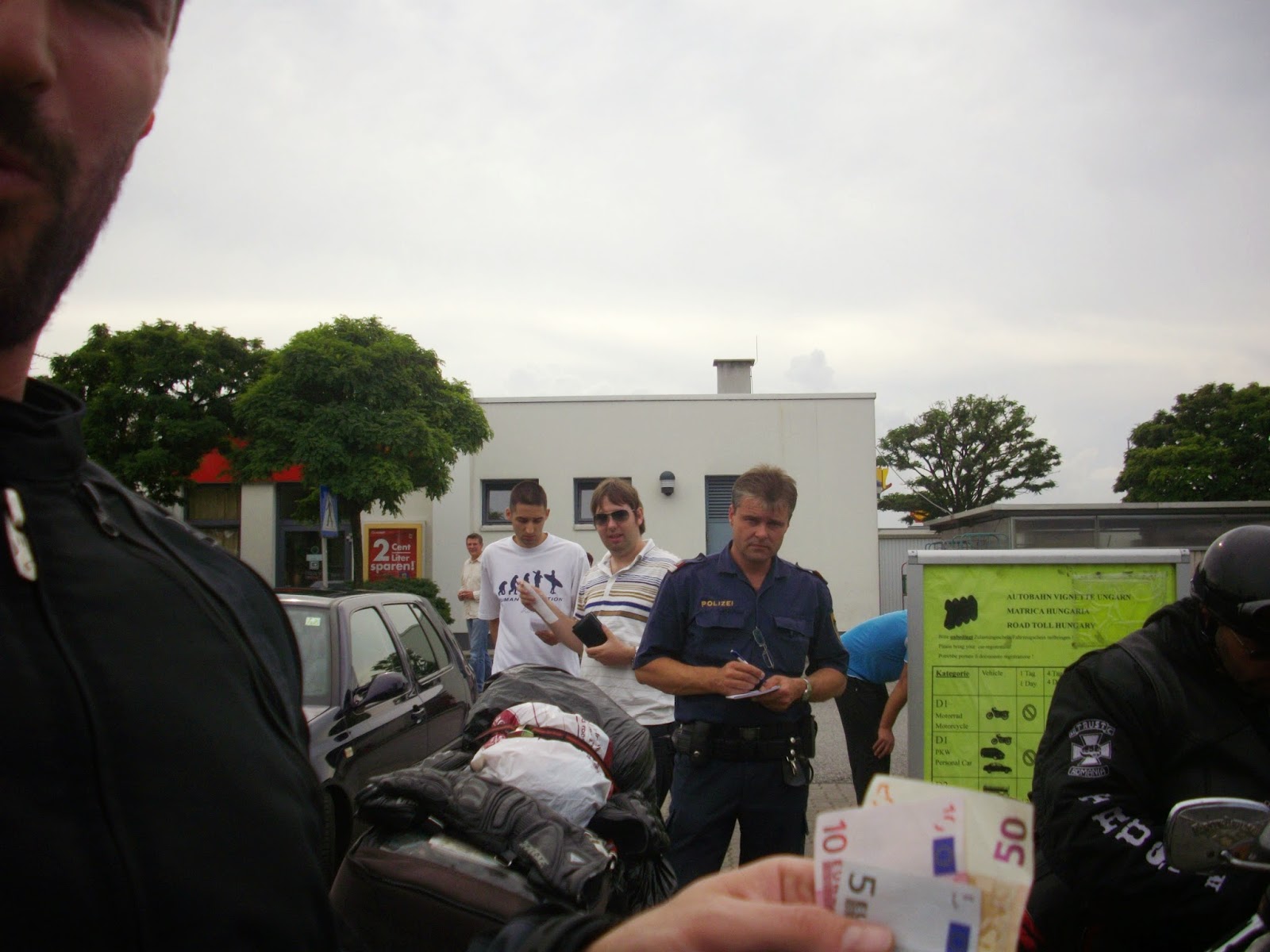 RECOMMEND: If ticket checkers get on your train and you have no ticket.  Don't get up and walk to the back of the train!  Brad you so smart... uff.


A good day and evening in Cologne hanging with my long time buddy, Martin, who I met in a French train station 10 years ago (probably my first German friend actually).

I had a blast in Germany.  Special thank yous to  Phil, Martina, Palmira and Martin for hosting me.