Finland time was all spent in Helsinki after a morning moto ride from Turku in 5 deg C.

The ferry arrived at 7am (I lost 1 hour going East to Finland and 1 hour potential sleep as the boat crew started getting everyone up at 6am to have a faster turn around and right back to Stockholm).  A beautiful morning seen from the ship as we navigated the Finland West Coast and then off to Helsinki.  But first, some more clothes on, I mean all my clothes on!

I arrived in Helsinki to Tani's apartment, a friend I made in Argentina, with no internet and no way to contact him I asked the help of a stranger (who turned out to be some famous Dancer so that was cool, Anniina Raittinen) who called him and sorted it out for me.  Thanks!

Tani and I had some good days attending a Finnish pro hockey game, a couple good nights out, watching some World Cup of Hockey and enjoying Finnish Saunas which in Finland are just Saunas!

Finnish Pro Hockey League - Tani was able to get us tickets just before the game which started at 5pm!

Beauty of a 5pm hockey game, we were putting the motos away by 8pm then hitting the town! 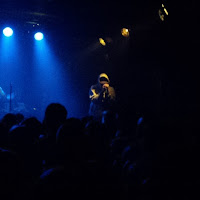 
A good afternoon at Sompa Sauna.  This is a free sauna on the waterfront cared for by the sauna goers themselves.  You build your own fire (unless the guys before you have left a fire behind) wait 30 minutes or so and enjoy the view.  Sadly this sauna will come to an end when urban development takes over this area.  Enjoy it while it lasts!