The last little bit of October after I returned from Europe.  In those 5 days I managed to throw a pretty good party for my Mom's big bday, cram my sailboat in to my portable garage and figure out a few costumes to fit in my Car2Go for Halloween. 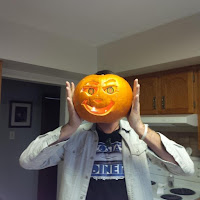 While in Europe I managed to arrange my Mother's Big B-day through Facebook and Emails.  It all turned out quite well and of course she had a great time at Richmonds.  Happy Birthday Mom.


That's it for the sailing season.  In Calgary even if we get nice days in November it doesn't matter at the Reservoir because boat parking is closed from November 1 to May 1.


Some Halloween 2016 photos.  I did manage to get out for one party night over the weekend which began at Peter's that combined a Halloween Party and a Birthday Party for Kam. After that we made our way to Kensington for Garth and Jenny's annual bash.