A day at the beach every day of the month from 4pm to 6pm. Got to avoid those harmful UV's. What else in December; Birthday, DJ French Waves, Moving, Christmas, and NYE!  And bird catching and Puppies! 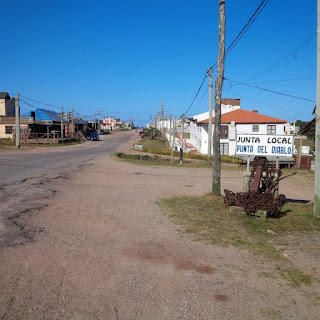 REFLECTION: The last year was a roller coaster! Almost killed by fireworks, roller hockey in Palermo, used my Italian passport, went to Iguazu, Florianopolis, broke my heart and another's, helped my mom find happiness in the sea for the first time in her life, went fishing for the first time in 30 years in Canada, saw KISS in concert, bought a little sailing boat Siren 17, learnt to sail, shared my boat with friends, bought a BB I love, rode around Europe on Manuel's motorbike CBF600 (Blue Bandit) for 2 months, part took in Finnish saunas, participated in 2000 motorbike parade in Estonia, slept on a few boats, swam in the Adriatic Sea, saw my old friends and met lots of new ones in Europe, drank beers for the 6th time with Martin, celebrated my mom's big birthday, my grandma passed away, Trump became president, returned to Argentina, took a guitar on my moto, moved to Punta del Diablo Uruguay, solved my back problems, stayed away from winter, saw a lot of hero's die (Bowie, etc), learnt to cook vegan, started writing again, hugged lots of people.  It was a good year!
Took a day off writing to enjoy my Birthday in my tranquil summer town. Sunrise, a little run, chill out on the beach, a nice breakfast, back to the beach for afternoon empanadas and beer and a big nap.


Dec 9, Chilling on Rivero Beach in the morning


Early in the month a surprise to hear a known French DJ named French Waves was in our little town and would play at Pueblo Arriba as well a follow up gig on the beach for a Sunday Session.

French Wave a very good DJ from France that stopped by Diablo. He even loops some live guitar!


Moving day all the way across the street to "La Basilica".  Great spot with an amazing balcony, nice ocean view and covered moto parking.

There's a bird in my house, wtf! 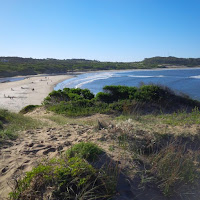 Puppies! Found these little guys out front of a friend's place in Aguas Dulces a near by town. 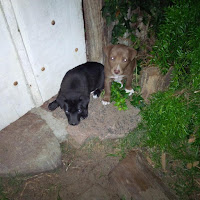 Christmas in Diablo. Like my days in New Zealand and Australia I still struggle to see North Pole and Santa Claus in the Southern Hemisphere.

New Year's Eve Diablo Style near the Beach.  Quite a foggy night and the weather was too.


Some fireworks of NYE. 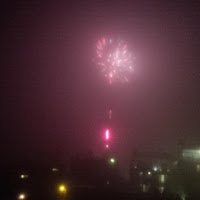 I'm visiting in Dec and staying at Via Vere by starting to worry about bugs etc they don't have any air con just mosquito nets. Thoughts?!

Hi. Lots of places have Air conditioning. As well if you have a separate bedroom where you can close the door you should be ok. I don't like to use bug spray so if that doesn't bother you then I imagine you won't even notice the mosquitoes. Have a great time!