July, as you must know by now, is full of Stampede action from the first Friday to the second Sunday.  Later in the month I attended a wedding in beautiful Waterton Lakes.  Don't forget the Other Stuff section at the bottom of the post!


Warming up my drinking arm for Stampede by applying the Six Pack ring, or otherwise known as the Duck Strangler at Trolley 5.


This Stampede was one of the best as you could really feel people were getting back on their feet after a few slow years in the Oil and Gas driven city.

First Friday
All you can drink and eat from 11 am to 2 am at the National on 8th ave.  Thank you CES!

Tuesday Pipeworx and Knoxville's for Brett Kissel which was a fantastic day and night and show!


Wednesday Cowboys and Steven Tyler, wow. Got a last minute ticket on Kjiji for $10 and walked straight in.  Other's paid $100 for a ticket!

Saturday started less Stampedy and ended at the Wild Horse again after I rode home tipsy to get cowboyed up and return to downtown all with in 1.25 hours!  That's 10 km of riding a bike home, showering, changing and then training back to the city centre to meet Steve who did the same!

Off to the spectacular Waterton Lakes National Park for a wedding.  Congrats Kate and Derek.

Drove down through the windy Southwest Alberta to get to Waterton for my first time ever.  Stopped to enjoy this altered sign in Brocket (made famous by a mock radio show in the 80's). 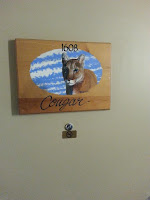 Video from inside the Prince of Wales Hotel 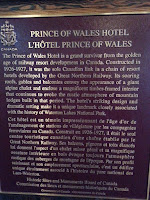 The shore and town 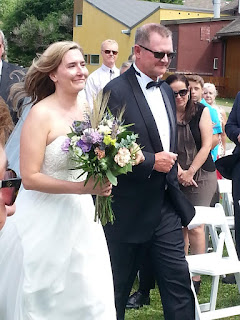 Disaster of a room after all the girls got changed here.  I couldn't believe it. The only thing that topped this was Derek's Lawyer, Prostitute Joke in his speech. 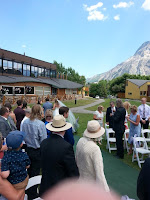 England shoot out against Colombia to move to the final 8 teams of the World Cup 2018. The Colombians were scared to cheer, which is not how they are in South America!