A month of one big down in the end of my relationship and lots of big ups like a new "living" apartment that feels like a boat (which is the plan!) and some wonderful time in and around the sea. Also important to mention my new buddy, Milton Jr!

If you recall poor Milton Sr who met his end by tooth of dog.  Well after that instead of throwing him to the trash I went to have him repaired. A friend Mau said he could repair him so I left him on the sand beside many other balls which was mistaken as a ball that no one cared about and was thrown in the trash, damn.  Sad day.  But there is a silverlining...Mau, who was to fix Milton Sr, felt bad that he lost my little buddy and donated a used, but very good AVP tour ball.  Sweet!! Milton Jr! 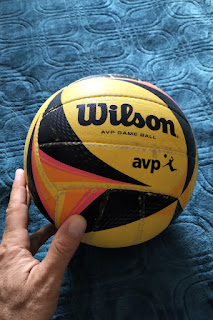 After nine months with a girl that I initially thought we could have many years and great experiences it was time to separate.  Goodbye Ana (Jan 12, 2022).

A boat on land?  This place is wild and I loved it the minute I saw it.  Thomas, the owner, spent years piecing together this 5 story set of apartments that he and his family lived in for quite some time. Not a square wall in the place and it feels great.  Bonus that it is only 3 blocks to my favourite beach!
Tour of the place

A little view with music 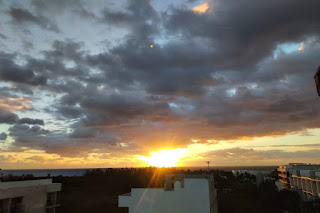 Snorkeling and more snorkeling.  Shots taken with my $20 used underwater Olympus Tough that was a top camera back in 2011 ($300+). I'm definitely an Olympus fan. 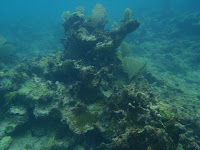 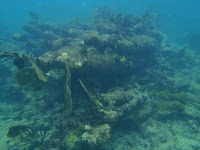